What feels like Bristol’s umpteenth burger restaurant, Hubbox opened this Summer to a few teething problems but soon they were smoothed out and serving burgers to the citizens of Whiteladies and beyond. One Sunday when we were hungov.. tired and emotional we managed to drag our carcasses off the sofa in search of salt and a hope that one day we might be able to be out in sunlight again without wincing.  We stumbled in to Hubbox to check out the latest new burger in town.

Hubbox does offer up a selection of beef, chicken and veggie/vegan burgers but it also has the choice of two fish burgers which is something a little different. You can also order hotdogs, some barbecued items as well as loaded fries, wings and mac n cheese. As is the current trend burgers do not come with sides but as the burgers hover around the £8 mark adding on fries doesn’t make this too pricey. 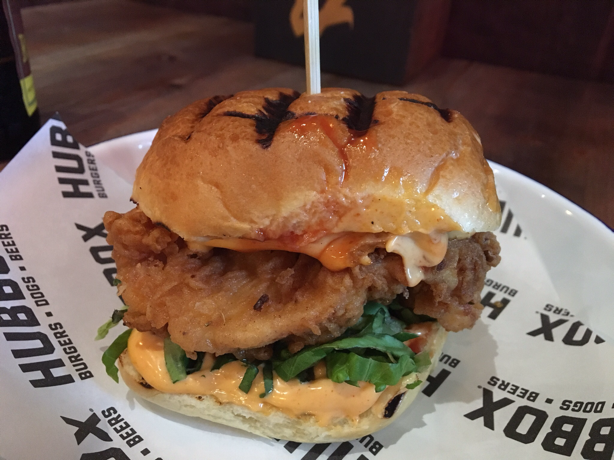 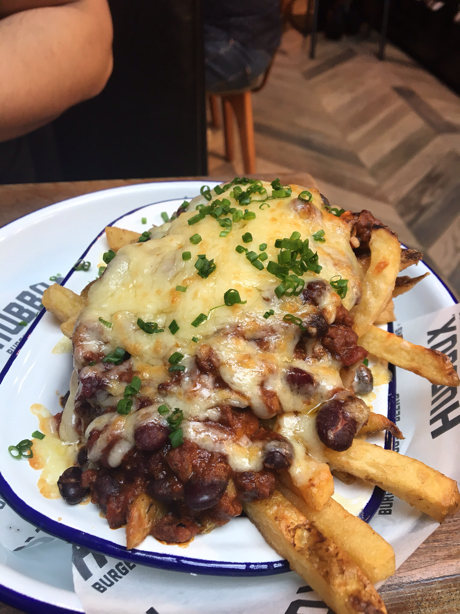 I have been here three times in the past few months and here are my findings.  Their Kim Yum Chick, Korean influenced fried chicken burger really is something special. Spicy, tangy Korean mayo sauce and a particularly crunchy batter  elevate this for me. To be honest I will only ever order this burger I can’t see anything topping it at Hubbox.  I tried the Brie B King, chicken breast with brie and caramelised onions and garlic mayo, it was pretty nice but not enough to order again. The portion of fries is a little small in my opinion but when shared with a partner in crime with some mac n cheese (I recommend the blue and bacon) it does fill you up nicely. 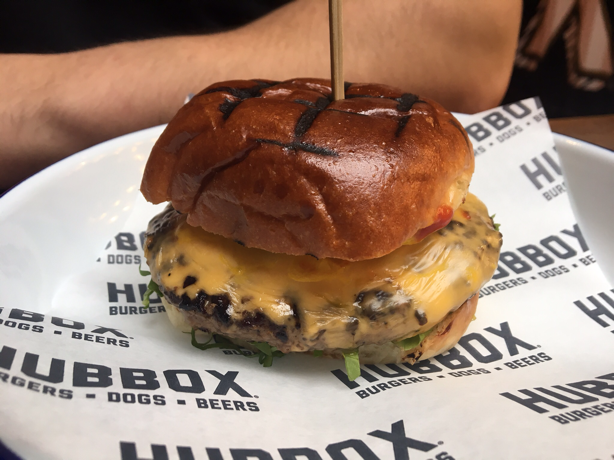 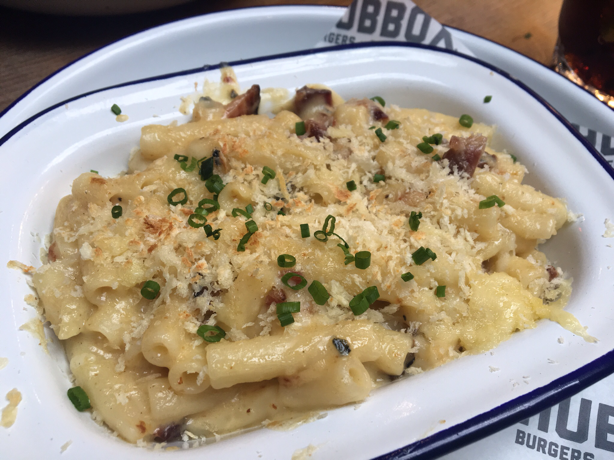 When you have so many burgers to choose from you do start minutely detailing how they differ from each other. Hubbox doesn’t crack my top three but you know what? That fried chicken burger is enough to get me back there especially with a hangover the size of Brazil. They offer up just few different things to give it a second glance over the behemoth that is Bristol’s Burger scene, of which I still have many more offerings to sample. To find out more about Hubbox visit their website.