Two Sundays ago we were invited by Byron to try their newly opened restaurant on the Triangle. Byron, supplier of 'proper hamburgers' is well known in London and with branches opening further from the capital it was only a matter of time before Bristol got their own one. Burgers are Bristol's thing at the moment you can't move without running into a new burger place, whilst I love a good burger the market is a little saturated.  Byron's manifesto is simple burgers done well. So don't expect to be able to order sky high burgers with pulled pork, black pudding or macaroni cheese.   What you can expect is bacon, a selection of cheeses, pickles and dips. 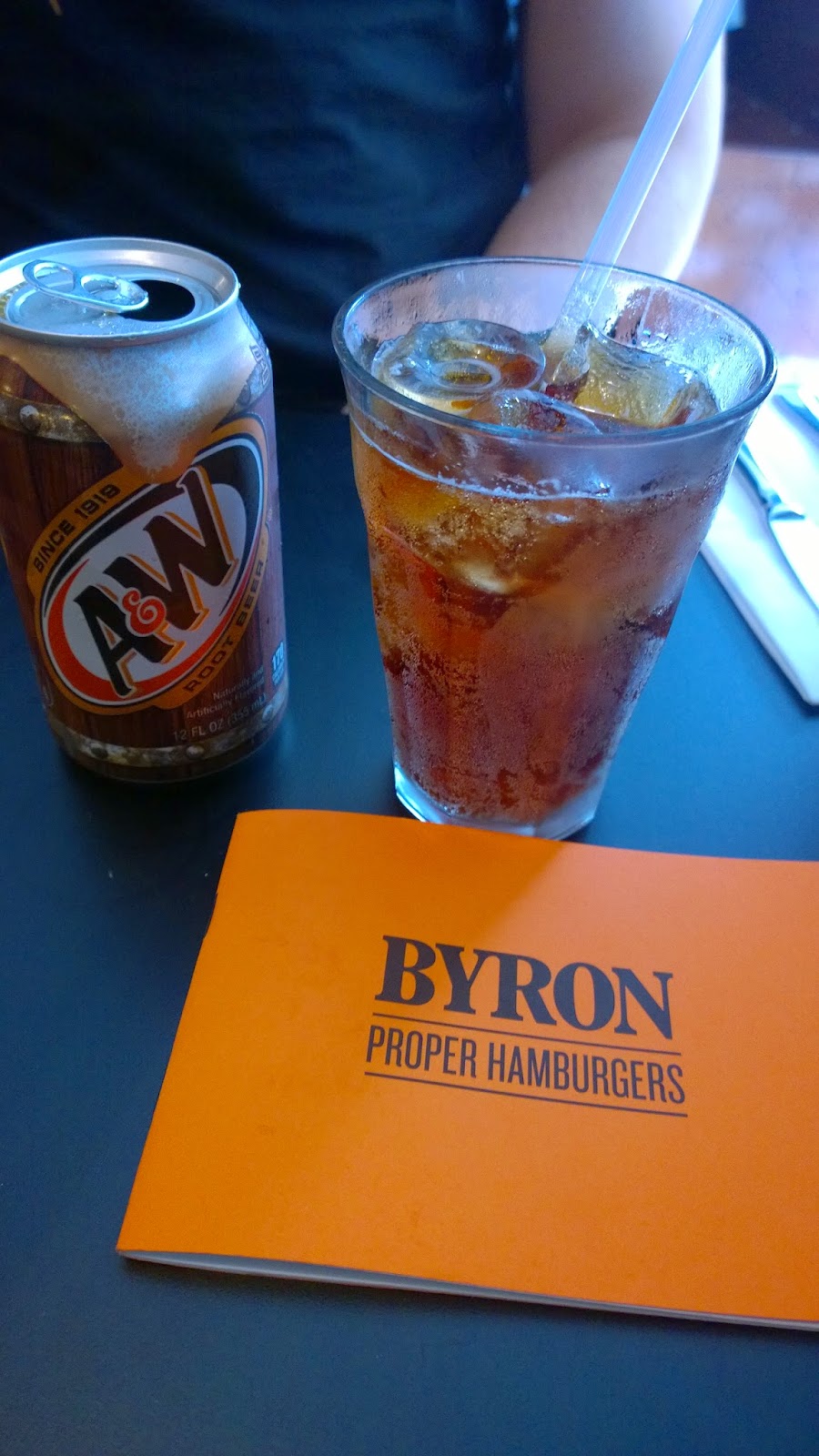 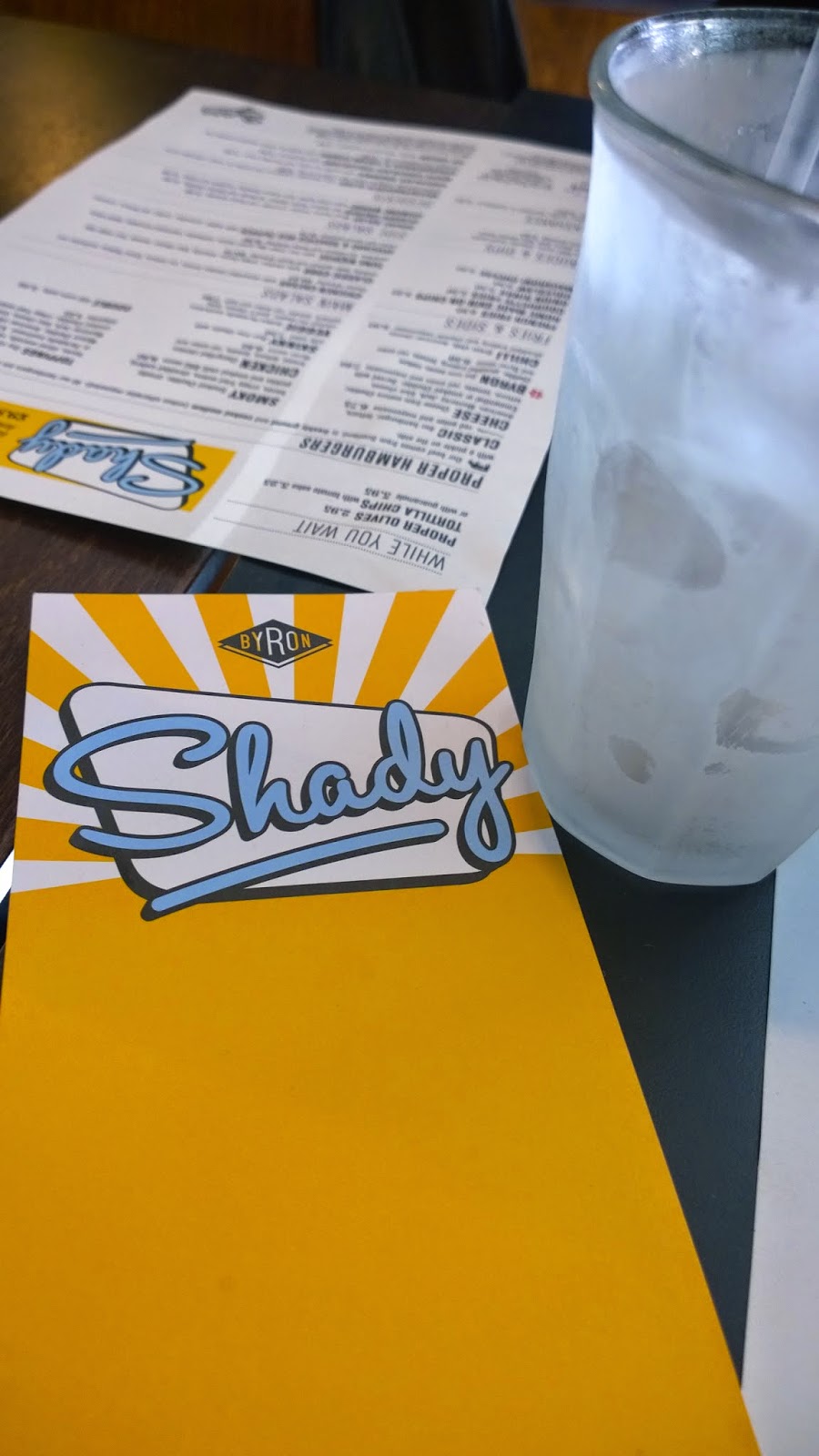 The venue itself is a mix of dark woods and distressed tiles, at the back to be honest it looks a little more on the shabby side of shabby chic but as we weren't sat at that end it was more of a fleeting thought.  On to the menus. There is a big selection of fairly pricey beer, above average soft drinks selection, a slew of milkshakes and to Rich's delight, root beer. I chose a Fentimans ginger beer. The food menu is fairly small, keeping it simple afterall, so I decided to go for the Shady, which is their current special and Rich picked the Smoky.  Both these burgers cost £9.95 which is a touch steep for a burger which leads me nicely on to my next point.

One thing to note when ordering is that sides are not included, this is definitely something that annoys people when going to a burger or steak restaurant. Very few people would want to order either without some accompaniment so why consider it an extra?  Rich picked fries and I went for the skin on thick chips, which will set you back £3.50 if you decide to go for them, plus chipotle mayo and blue cheese dips. It didn't take too long for our food to arrive which was lucky as I hadn't eaten breakfast. 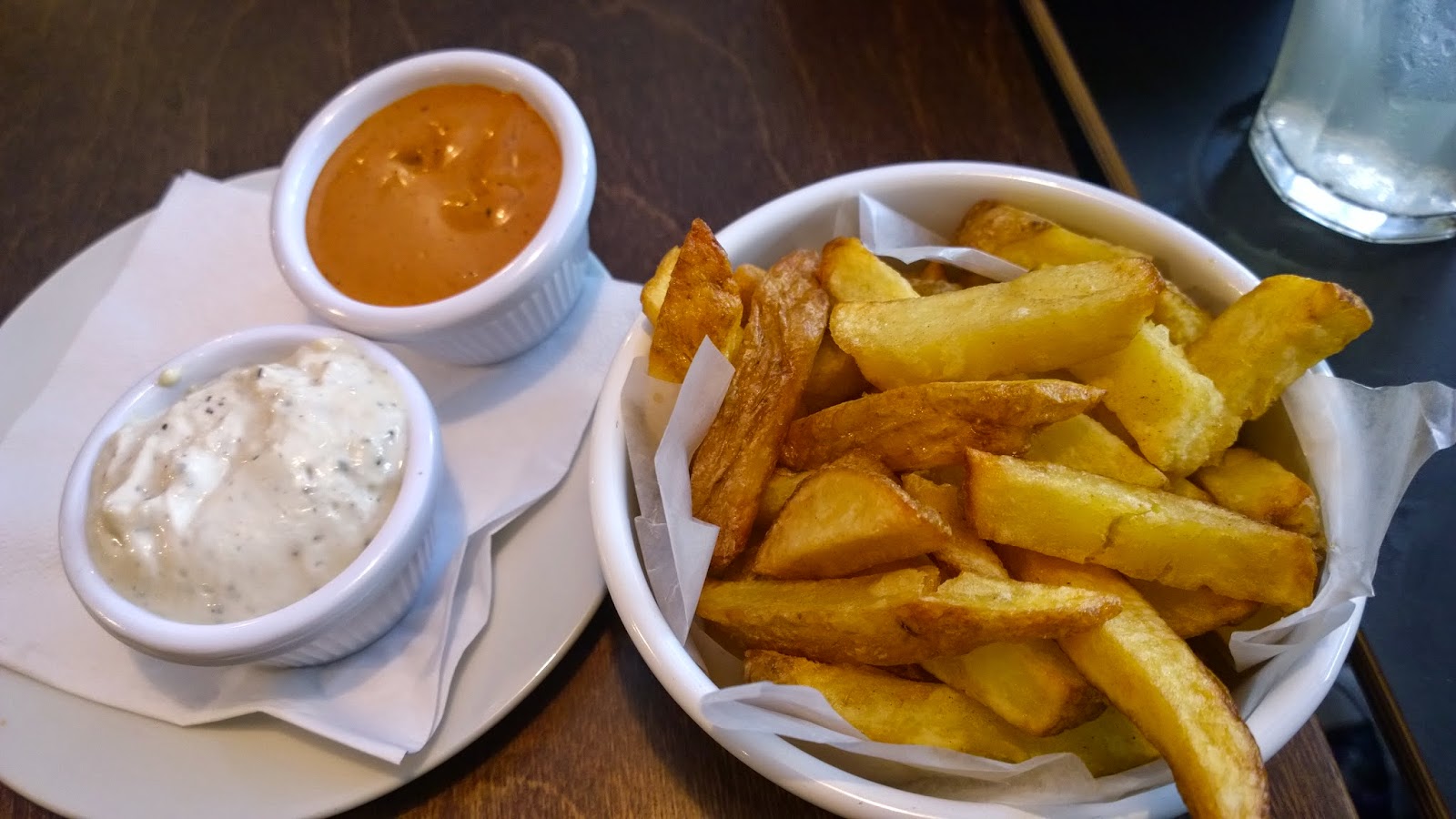 The burgers were tasty. I particularly liked the crispy cheese in my Shady, think toastie run off, they should add it to the house toppings rather than just making it a special. Rich was impressed by the barbecue sauce in his Smoky and the structural integrity of the bun.  I liked the burgers but I wasn't in love with them. Mine was not as pink as Rich's was and I was a touch disappointed over all. Where I was impressed was with the chips, some of the nicest thick cut chips I've had with a burger but for £3.50 they would have to be something special. I also recommend getting the chipotle mayonnaise, if you like more spice than usual then this will be right up your street, it has a proper kick to it and is a worthwhile dip.

Byron is good but not quite good enough to tempt me away from my two favourite burger places, The Burger Joint and Three Brothers Burgers, especially for the price. But the milkshakes and sundaes are meant to be excellent so if you find yourself on the Triangle it is worth popping in to check out, but I think they should consider lowering the prices by a couple of pounds on the burgers or at least start including chips because there are better deals in Bristol. Check out what Byron has to offer by visiting their website.

Please note that this meal was received free of charge by Byron but this did not have any affect on my opinion, as you may be able to tell.
Posted by Abby and Rich at 16:36