Last couple of weeks I have been a bit under the weather, the death throws of Winter sticking me with a cold wiped me out more than I expected. I needed some healing and luckily it came in the form of Thai food. Rich's parents picked us up and took us on a secret trip. We had no idea where we were headed, after about 40 minutes we arrived into Chipping Sodbury. Rich and I don't have a car so I had never been here before but as Rich grew up in Winterbourne he was pretty familiar with the area.


We strolled through the door of Siam Thai (it's sister restaurant is Bristol's Siam Thai Harbourside) and a fairly small but homely restaurant greeted me, I could smell spices in the air and it was enchanting.  We ordered some drinks and browsed the menu.  Dishes ordered included a mixed starters platter, pork jungle curry, chicken tom kha gai, chu chi pla and a stir fried beef.

Two starter platters of the first photo arrived at our table, a very generous portion and really delicious, the satay sauce was particularly delicious.  Our mains arrived shortly afterwards and were piping hot and alluringly scented. I particularly enjoyed the jungle curry, it was hot but it was a quick burn and had bags of flavour. The fried fish in the chu chi pla was another top pick of mine, but to be honest all the food was fantastic definitely some of the nicest Thai food I have had in the area so far.

Despite being pretty full the lure of fried bananas was too much for Rich and so we ordered two portions to share between the four of us and the portions were enormous. Really crunchy breadcrumb coating and hot banana it was pretty moreish so we polished off the lot. 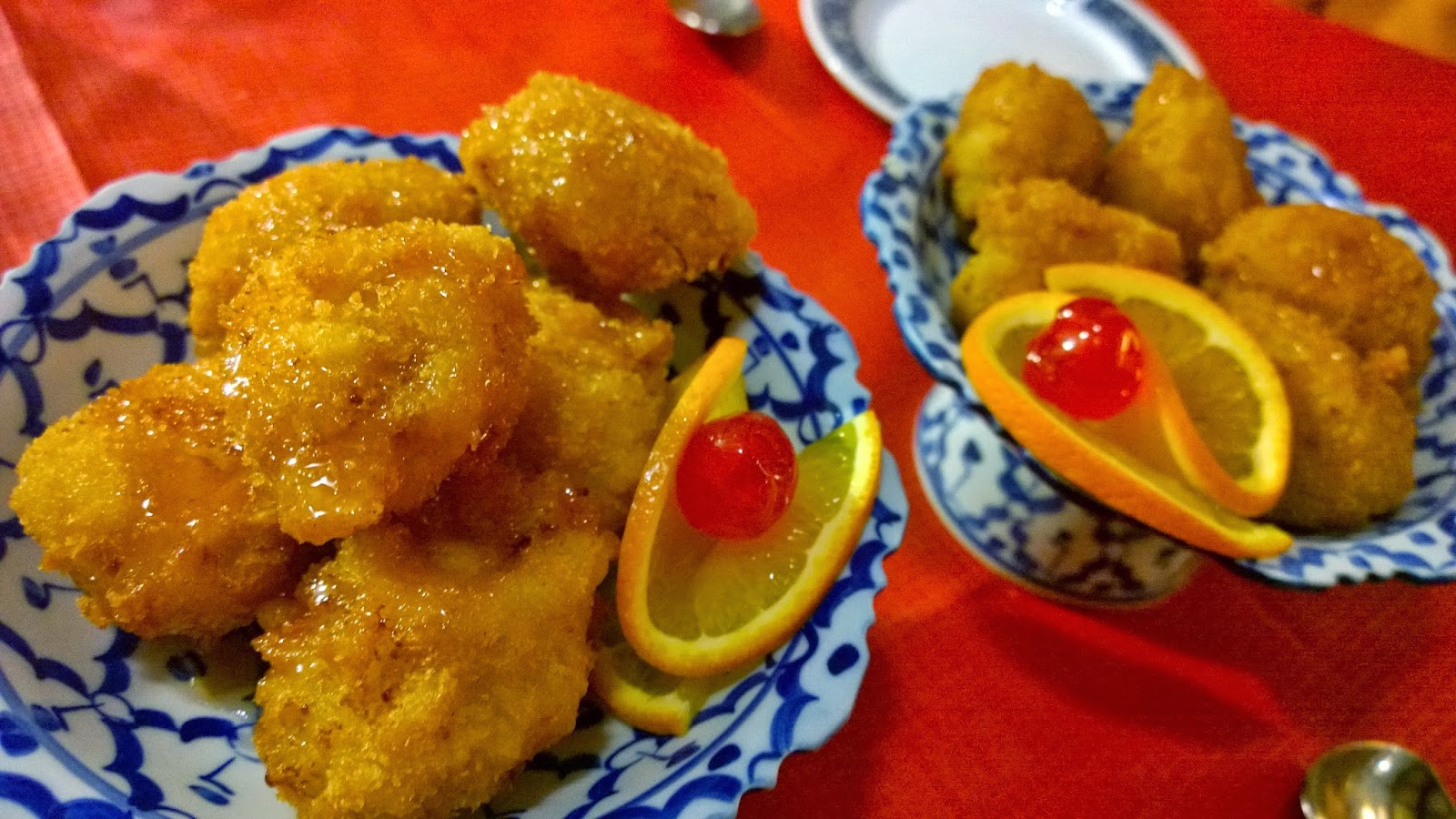 So if you do fancy venturing further afield for Thai food or find yourself in Chipping Sodbury head to Siam Thai, they have an excellent set lunch deal for £8.95. To find out a bit more about their menu check out their website.
Posted by Abby and Rich at 10:03