Summer in the UK seems to consist of a few fairly hot spells punctuated with multiple days of humidity. It was on one of these humid evenings that I headed over to Clifton Village to meet friend Naomi for dinner. Fishers had invited me to sample their menu and I was delighted to accept. The menu at Fishers has a host of tempting fishy options, a couple of token meat and vegetarian options for those that way inclined.

We were warmly received by the restaurant and eagerly began glancing through the menu. There were many options that caught my eye but what I decided to go for in the end was the calamari with sweet chilli sauce followed by herb crusted cod fillet with spinach and puy lentils. Naomi opted for home cured Scottish smoked salmon with horseradish creme fraiche and a kilo of steamed mussels with white wine, cream and garlic for her main. Most mains come with a choice of new potatoes or chips as a side, unless stated otherwise. Whilst we waited we sipped at our rather enjoyable glasses of Pinot Grigio and nibbled at the freshly made bread. 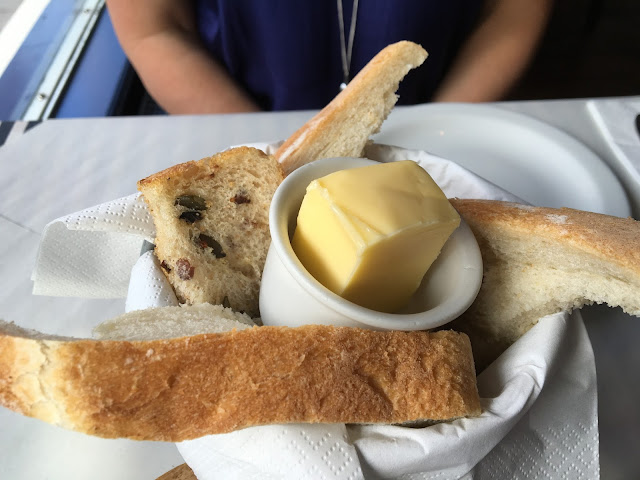 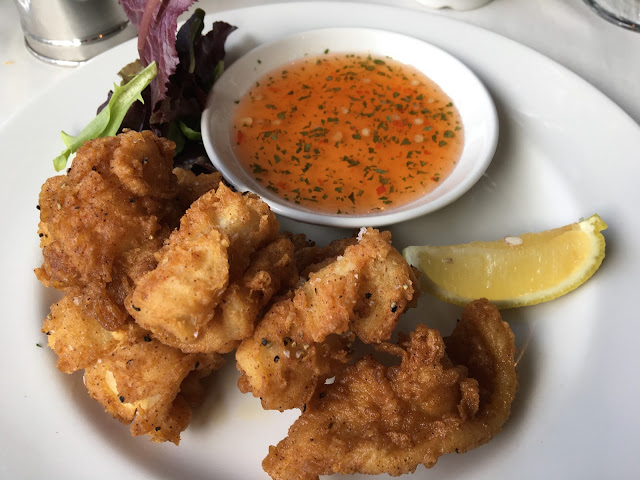 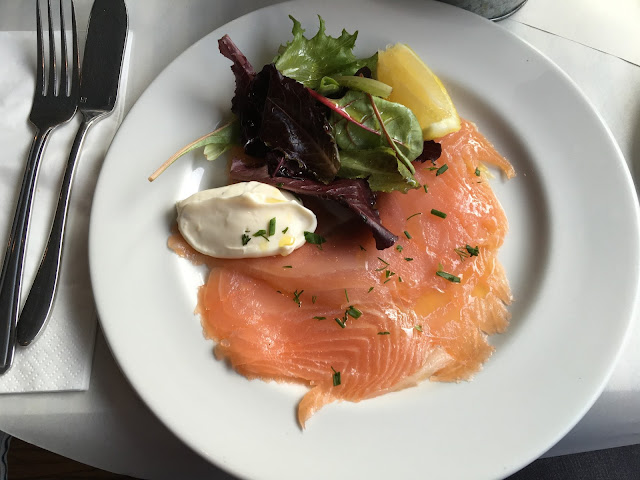 The calamari was perfect a good portion with a crispy light coating. I personally thought the sweet chilli dip was a little too sweet for the calamari but it was just a small issue. Naomi's salmon was wonderful the quality of the salmon was excellent and the horseradish creme fraiche gave it an extra lift. 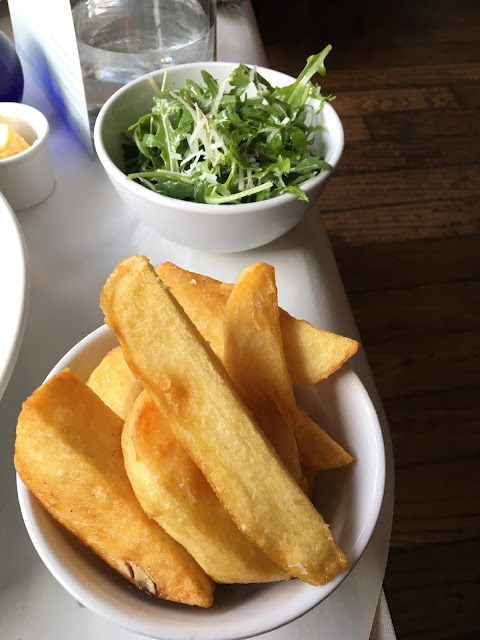 My fish was perfectly cooked with a crispy skin and the herbs and lemon made the whole dish wonderfully fresh. Naomi was delightedly making her way through the kilo of mussels plenty of cream and garlic sauce to mop up with some of the bread. We were both really impressed with the flavours of the mains. The one thing that I was disappointed in was the chips. They were quite dry tasting and floury so I left most of them to concentrate on the citrussy lentils below my cod fillet. We still had room for pudding so I ordered one of my all time favourite desserts, sticky toffee pudding with ice cream and Naomi had a scoop of elderflower sorbet. 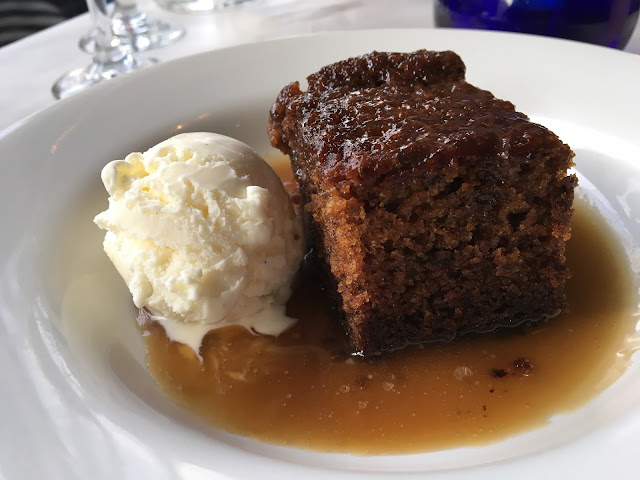 Oh my word. This was quite simply the best sticky toffee puddings I have had in years. Super soft and sticky with a lovely toffee sauce I would return just for this alone. We left Fishers nicely full having been well fed. Fishers offers some great fish dishes, some classic some a bit different but what you can be assured of is a good meal. The offer a early evening deal 5.30 - 6.30 you can have two courses for £9.50, this is also available at lunch. Although our meal at Fishers was complimentary it did not impact my opinion or the outcome of this review. We were so pleased with the service we left a tip on what the bill would have been. To see what else Fishers have to offer check out their website.
Posted by Abby and Rich at 11:58 No comments: 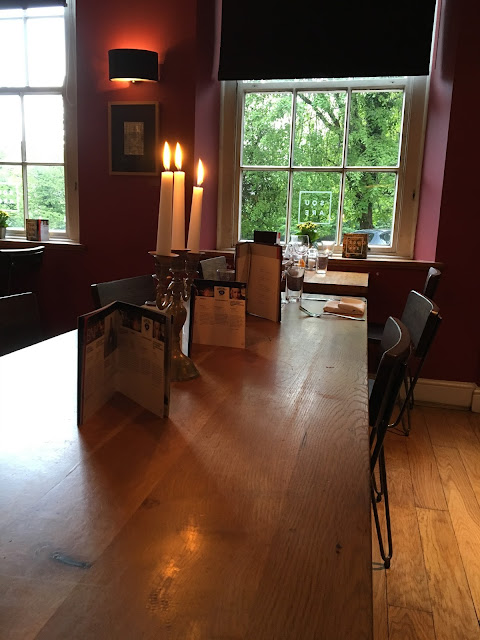 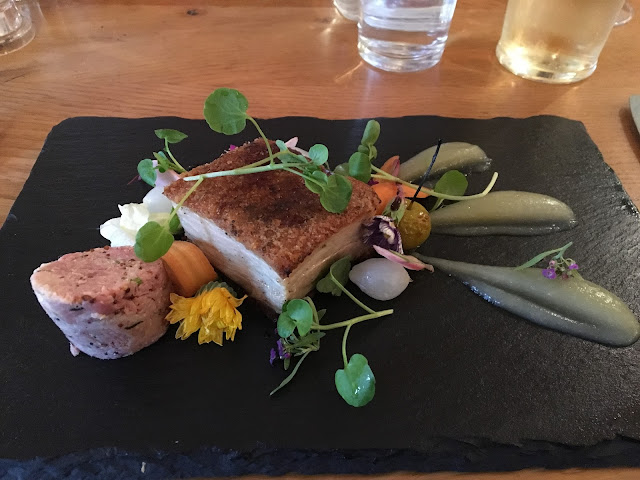 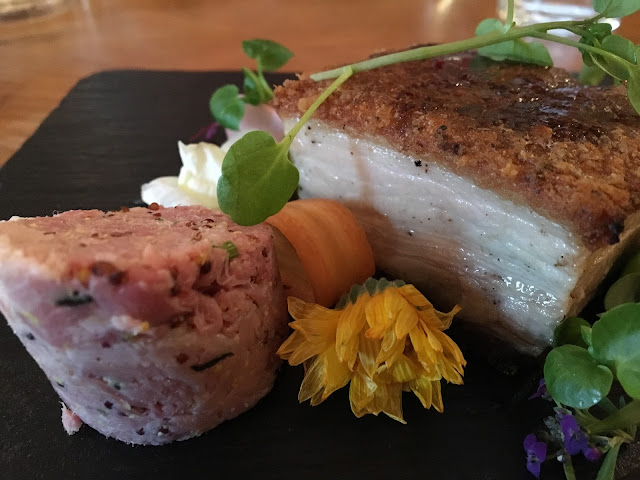 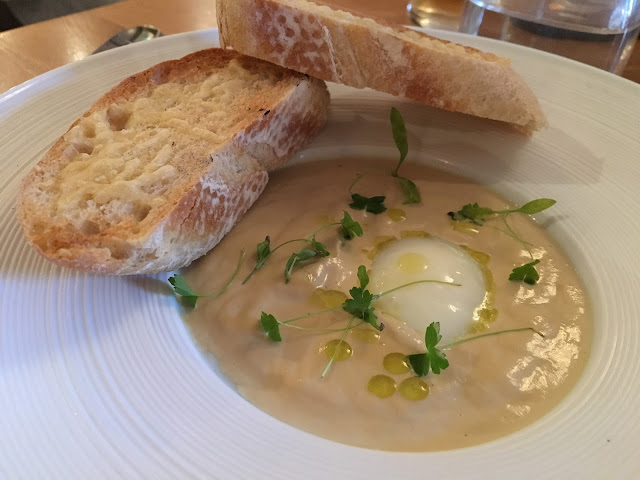 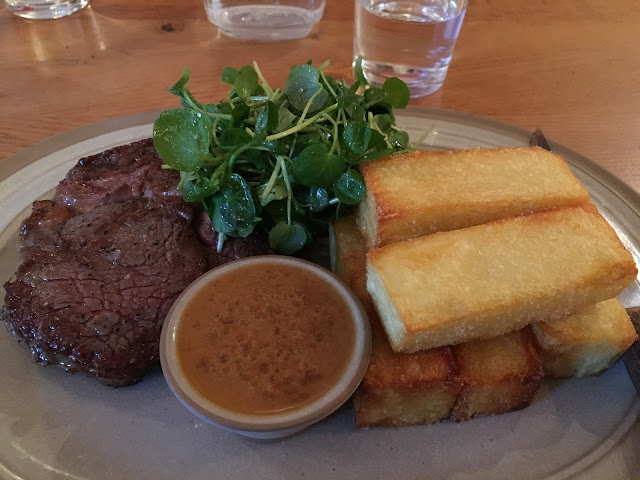 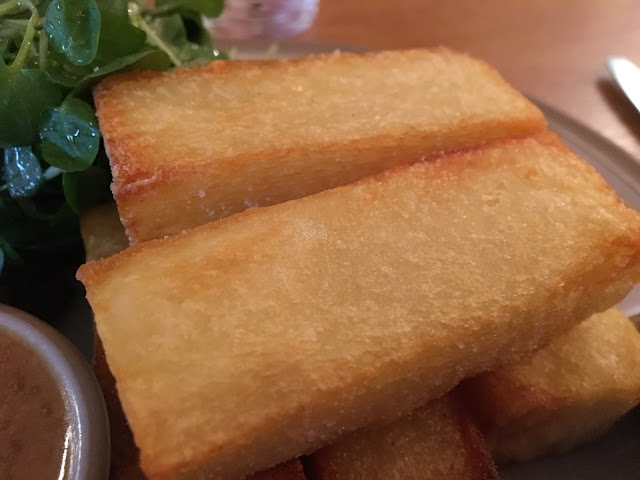 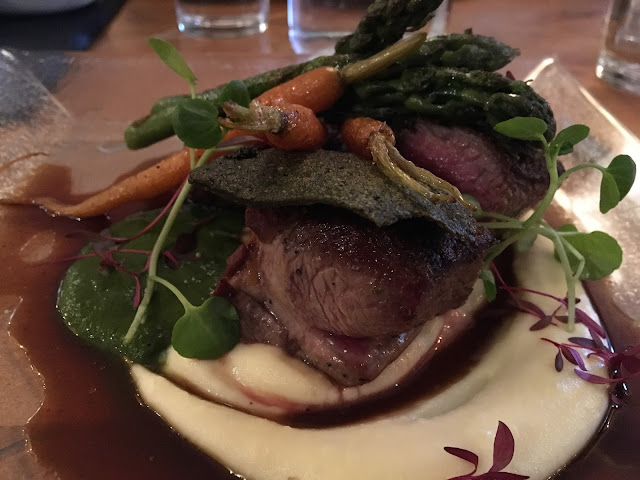 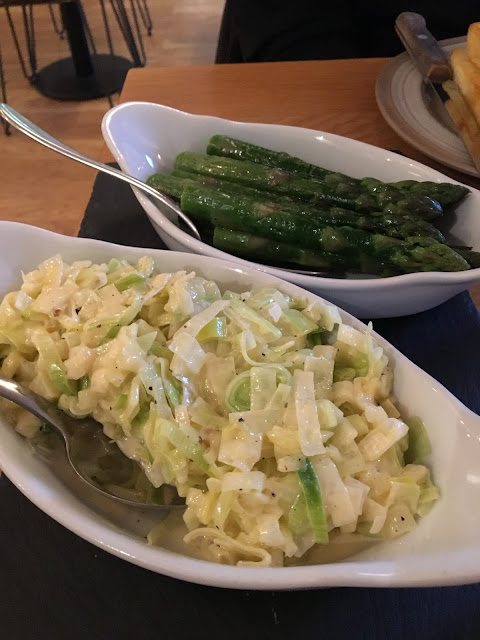 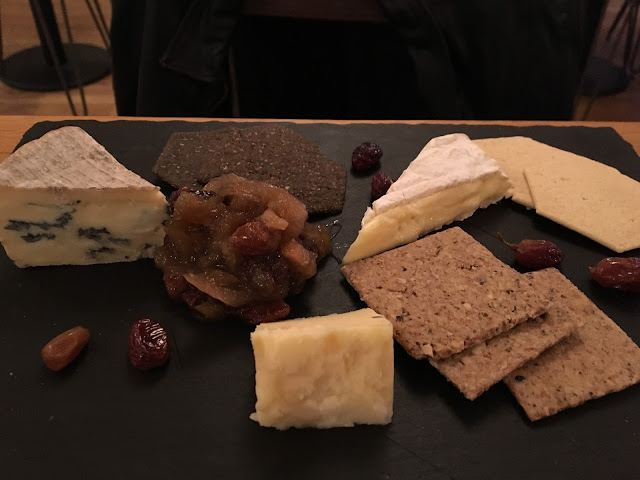 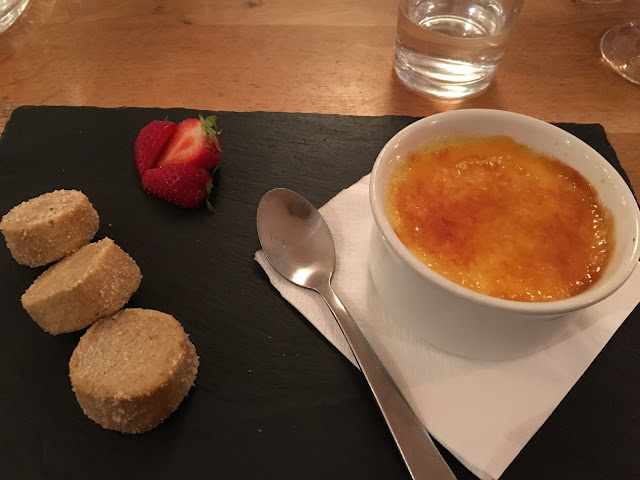 This meal was complimentary in return for a review, it did not impact my opinion. Rich and I decided to leave a 15% on what our bill would have been to thank the staff for the evening.
Posted by Abby and Rich at 11:44 2 comments: