Birthday Celebrations at The Kensington Arms

The first Friday of January we were celebrating the birthdays of two good friends born two days apart. As we were all still recovering from New Years Eve, either from hangovers or genuine illnesses we opted for a plan of low key dinner and drinks.  Josh Eggleton has recently taken over the ownership of the Kensington Arms we thought this would be a good spot to check out. The Kenny has always been a super cosy pub with a reputation for good food, a browse of a sample menu before our visit had Rich and I both salivating at the options. Table was booked for 7.30 which was lucky as it meant we missed the downpour that followed. 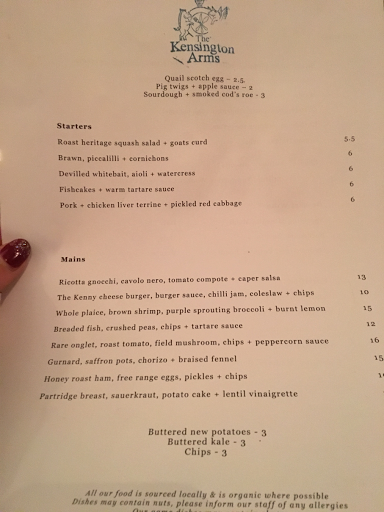 The menu on the night contained a varied selection of mains, including three fish dishes, some pub classics and one vegetarian option. What I was particularly drawn to was their selection of puddings mostly all containing ingredients that conjured up cosy Winter evenings. I am not normally a dessert person, it has to be something particularly intriguing to sway me, but sway me they did so I opted for a lighter main choice to accommodate room for an indulgent sweet.

Rich chose the rare onglet steak with roasted tomato, field mushrooms, chips and peppercorn sauce whilst I picked the vegetarian option; ricotta gnocchi, cavolo nero, tomato compote and caper salsa. Whilst some of our table opted for starters such as, devilled whitebait with aioli and a plate of fishcakes with warm tartare sauce, Rich and I chose a little taster of a quail scotch egg each. 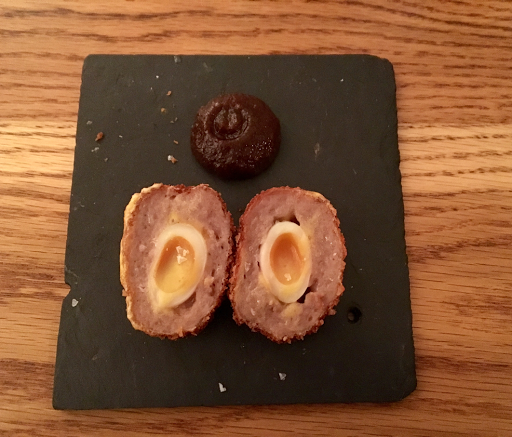 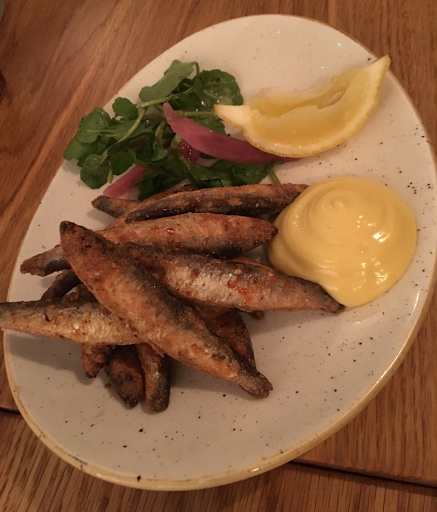 The scotch eggs arrived with a runny centre, as expected and a blob of smooth chutney. I couldn’t quite put my finger on what flavour it was, it reminded me of fig but I was told that it was a branston pickle puree. It was tangy but sweet, hugely enjoyable. The crumb round the scotch egg was crisp but I found the actual sausage meat lacking in seasoning which was a bit of a shame.

The pub was busy so we waited quite a while for our mains. Once our plates arrived most of the portions seemed generous, except mine, it was a touch on the small side. However gnocchi is deceptively filling and it looked appetising so I ventured on in. I have to say I loved this dish. The cavolo nero came crisped in part which added a nice texture, the tomato compote was my favourite element, full of rich tomato flavour. The only thing I might have added was some toasted nuts of some description for even more crunch. Was I hungry afterwards, a little, but that was the objective, to leave room for dessert. Rich’s steak was plentiful, juicy and rare as expected. A wonderful cut of meat, lovingly prepared and cooked, a triumph. The only downside was the absence of the listed mushrooms, these did not make an appearance on the plate. 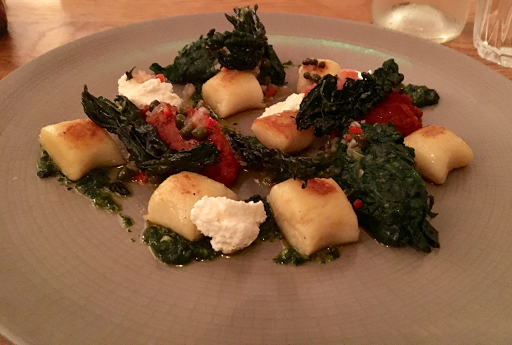 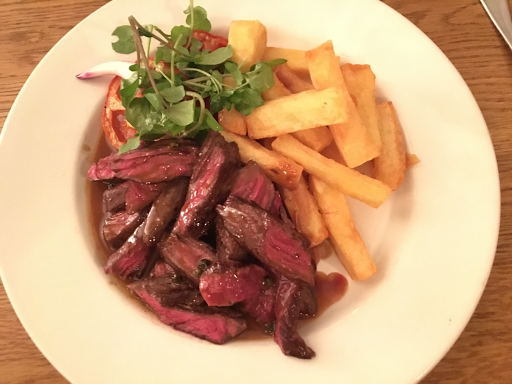 It was time to pick a dessert. There are only a few flavours that if they make an appearance on the menu I have to order them. Chocolate is not one of them, caramel or toffee is however. So I ordered the sticky toffee pudding with Christmas pudding ice cream which Rich chose the orange pannacotta and burnt orange caramel.  Other offerings included a chocolate mousse cake with peanut butter ice cream and maple and pecan tart with clotted cream ice cream. 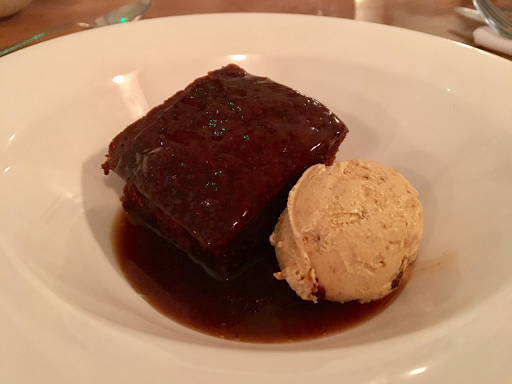 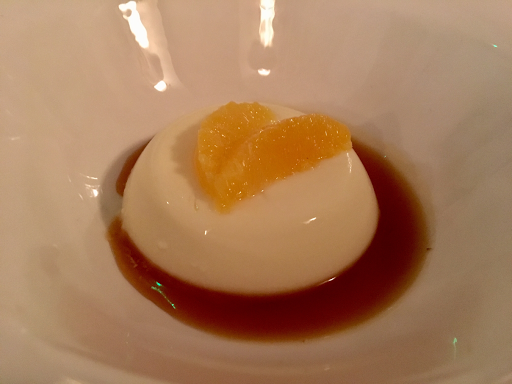 I would say that the dessert, for me at least, was the highlight of the meal. It’s a course that for some places can be a bit of an after-thought.  However the sticky toffee pudding was as light as anything but coated in a rich buttery toffee sauce. What elevated it was the Christmas pudding ice cream. When I first tasted it I described it as complex, for which I was some what derided, however they agreed it had layers of flavour. What you get is a spiced ice cream and then you gradually tasted the soaked fruit and then the torched whiskey at the end. In a word, wonderful. Rich loved his dessert he said the burnt orange caramel was smoky and filled with a deep orange flavour. A pretty successful visit and we were sleepy, warm and full.

We all enjoyed our trip to the new Kensington Arms definitely would return for dinner again. It is important to note that the service, though friendly, was slow. Replenishing drinks was a little tricky as was asking for the bill. There seemed to be enough staff on the ground but perhaps not as attentive as they could have been, but perhaps this is something you might expect on a busy Friday night. To find out more check out a sample menu on their website.