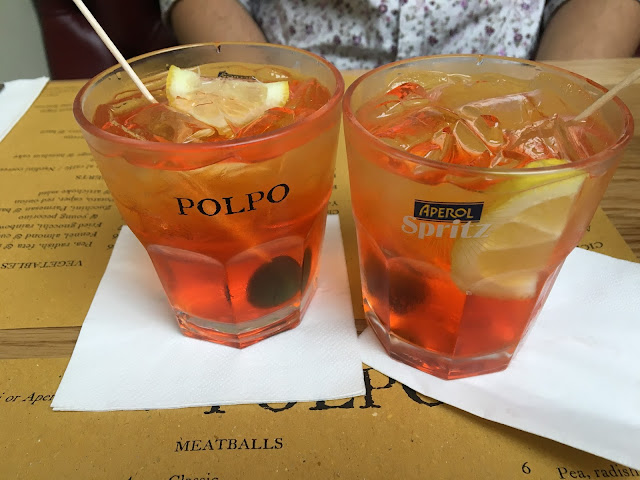 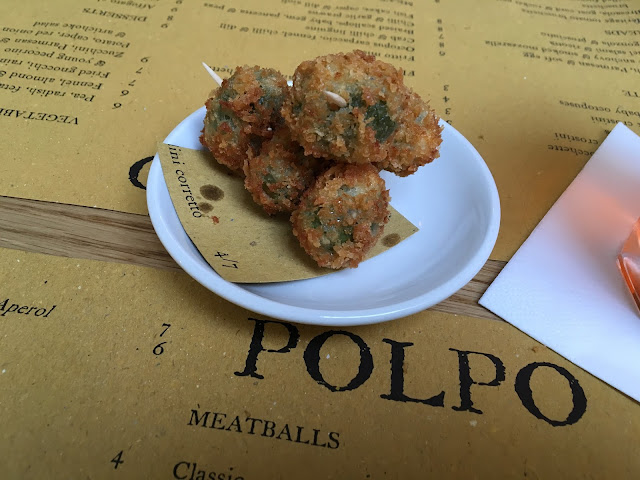 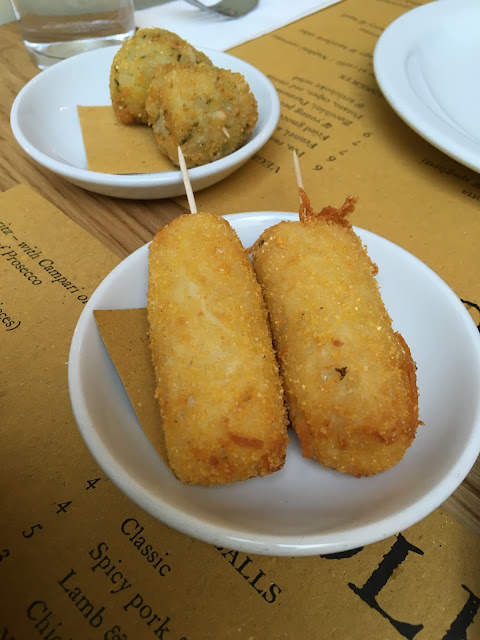 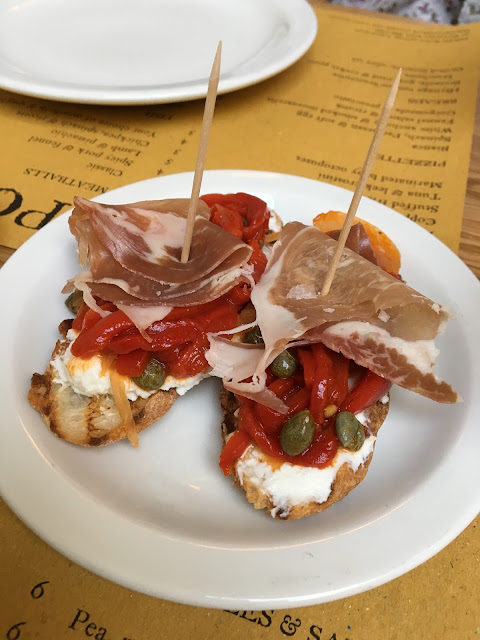 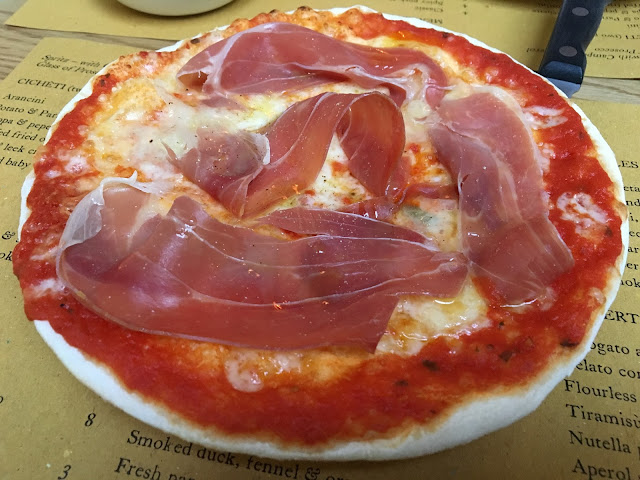 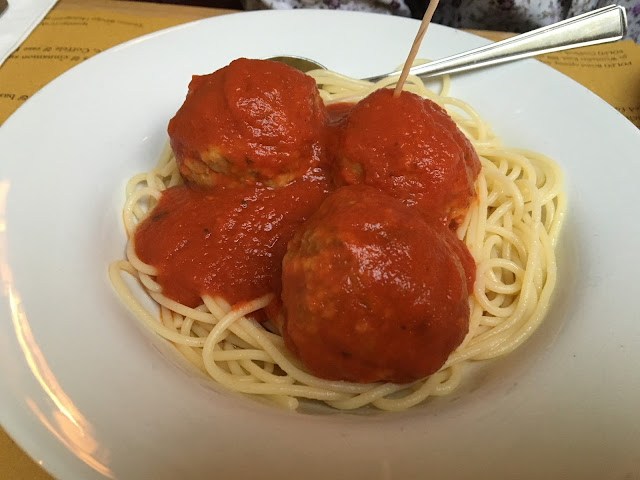 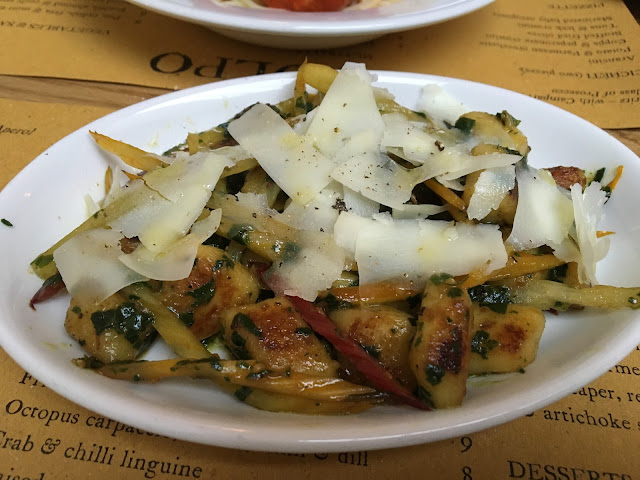 I think despite this Polpo will be quite popular. It is a fairly well known brand and the location will catch some great after work traffic. Our meal was free of charge but did not impact my opinion. To find out more about Polpo check out their website.
Posted by Abby and Rich at 11:28 No comments:

Recently my sister turned 30. To me that is strange to behold. No matter how old she gets I think there will always be that instinct to look after her, that's what older sisters are for right? Anyway Lucy decided that a week long celebration was in order, a series of treats which included; roller disco, home made pizzas and stall seats at Phantom of the Opera.  Before going to the show however Lucy had booked in afternoon tea for two at the Ritz. Intending to take her friend the night before I got a message saying that unfortunately her friend was still recovering and could I jump on a train to London the next day? For my sister, anything. That and tea at the Ritz is one of those things you have to cross off the list, and Phantom is my favourite show. 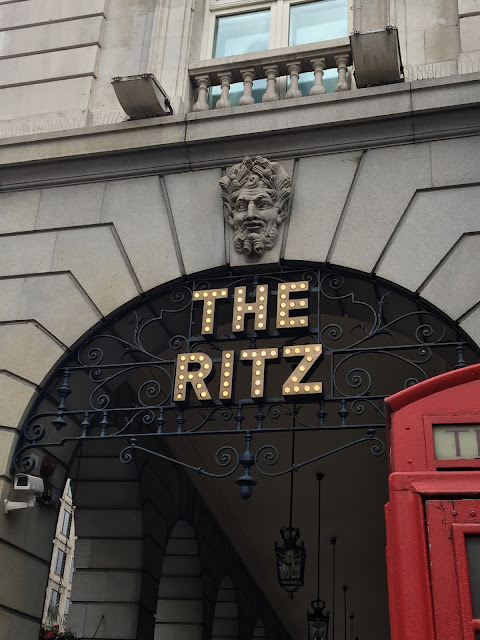 The Ritz requires dressing up a bit so we scrubbed our faces extra hard and put on a nice dress each. It is as you would imagine inside, lots of gold accents and the tea room has a lot of mirrors, so the light is rather wonderful. Seated at a table for two we browsed the tea menu and once the smartly dressed waiter came round we ordered a pot of chai and a  Russian caravan for me. Dietary requirements discussed, Lu is a vegetarian, we waited for our food to arrive and spent the next few moments marvelling at the surroundings. 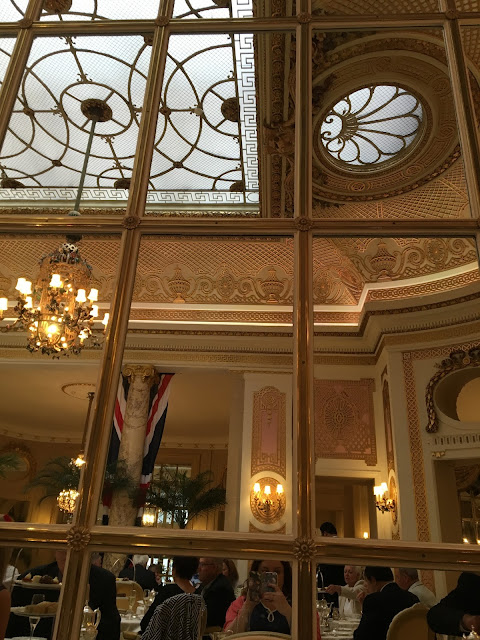 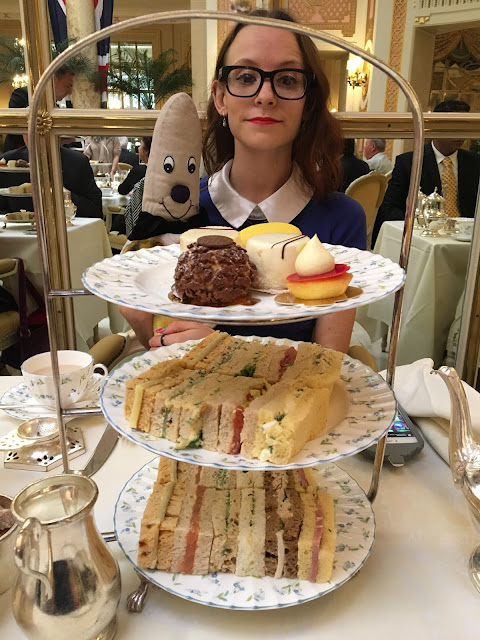 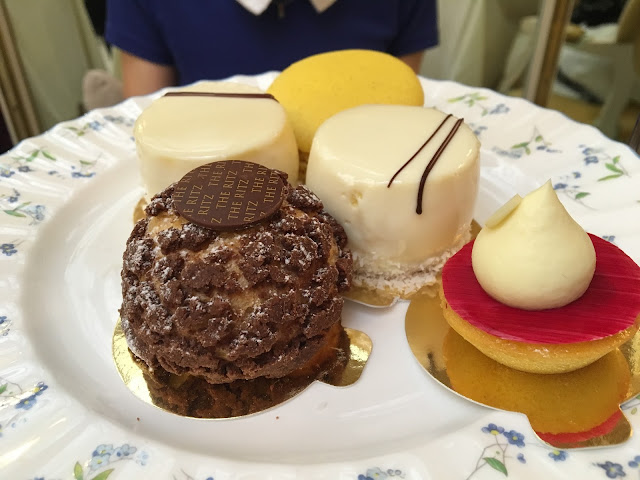 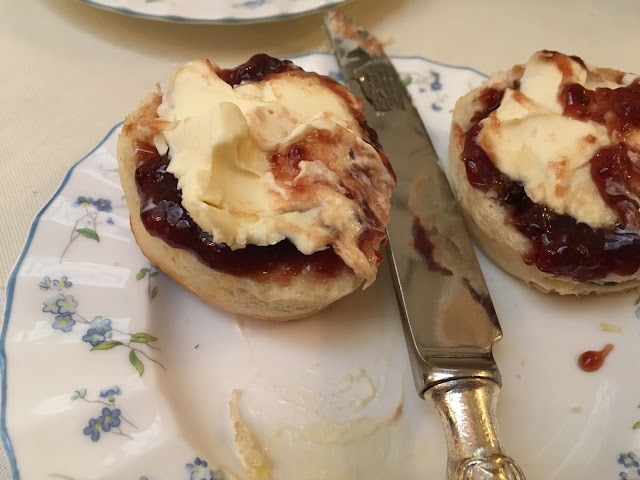 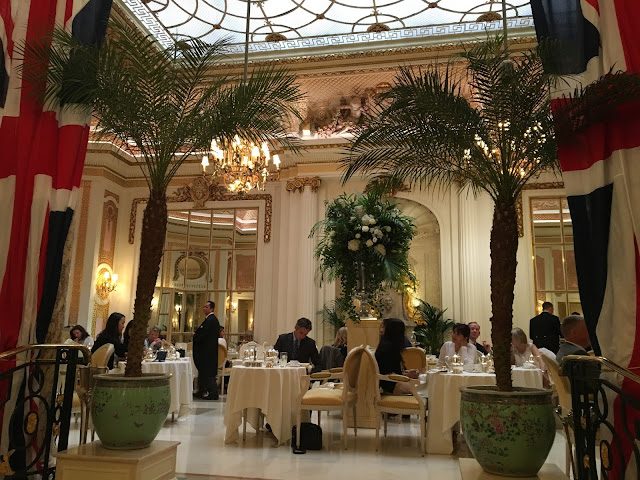 Devouring all the sandwiches, which were generously filled. We eyed up which cake to tackle first and got stuck in. Afternoon tea is always more filling than you remember so soon we were almost stuffed to the gills and ready to throw in the towel. However as I plunged my fork into the last cake, the white chocolate coated one in the photo, I realised that this was something special. A hidden passion fruit centre and the softest most delicious dessert I've had in a long time. I urged my sister to sample hers, despite being full.  Happiness ensued from both sides of the table for several minutes. By the time the waiters brought round the cake trolley to offer a slice of one of their specials we had to decline.

Full to the rafters with cake this had certainly been an experience and it was wonderful to have shared it with Lucy. At £50 per person this is probably one of the most expensive afternoon teas out there. But it is one to tick off the list and a happy memory of sisterly time well spent. It is advised to book well in advance for afternoon tea at The Ritz although weekdays are obviously easier to get a slot for than weekends. To find out more visit The Ritz site.
Posted by Abby and Rich at 12:09 No comments: