Tapas at The Tipis for Eat Drink Bristol Fashion

On the penultimate day of Eat Drink Bristol Fashion, I headed down to the tipis to check out some of their tapas. Before doing so I had canvassed Twitter for some of the best dishes to order, ribs and scotch eggs rated highly.  Our group arrived around 7pm Saturday and boy was it busy, almost all of Queen Square had been turned into a mini festival, there was dancing, long queues for portaloos, extremely drunk people and lots of music.  After taking a bench outside we decided after being harassed by a group of drunk guys that we would head on inside the tipis.

The tapas menu, is pretty extensive, more British inspired twist on a tapas than traditional Spanish fare, the prices weren't too expensive, although £5 for grilled asparagus and £4.50 for a mini burger I did think was a touch steep. Anyway we sent the boys to the bar to get us some cider whilst we pawed over what to order. We decided a mix of dishes, including the smoked sticky ribs, to share between the 6 of us and sent Jo off to order. 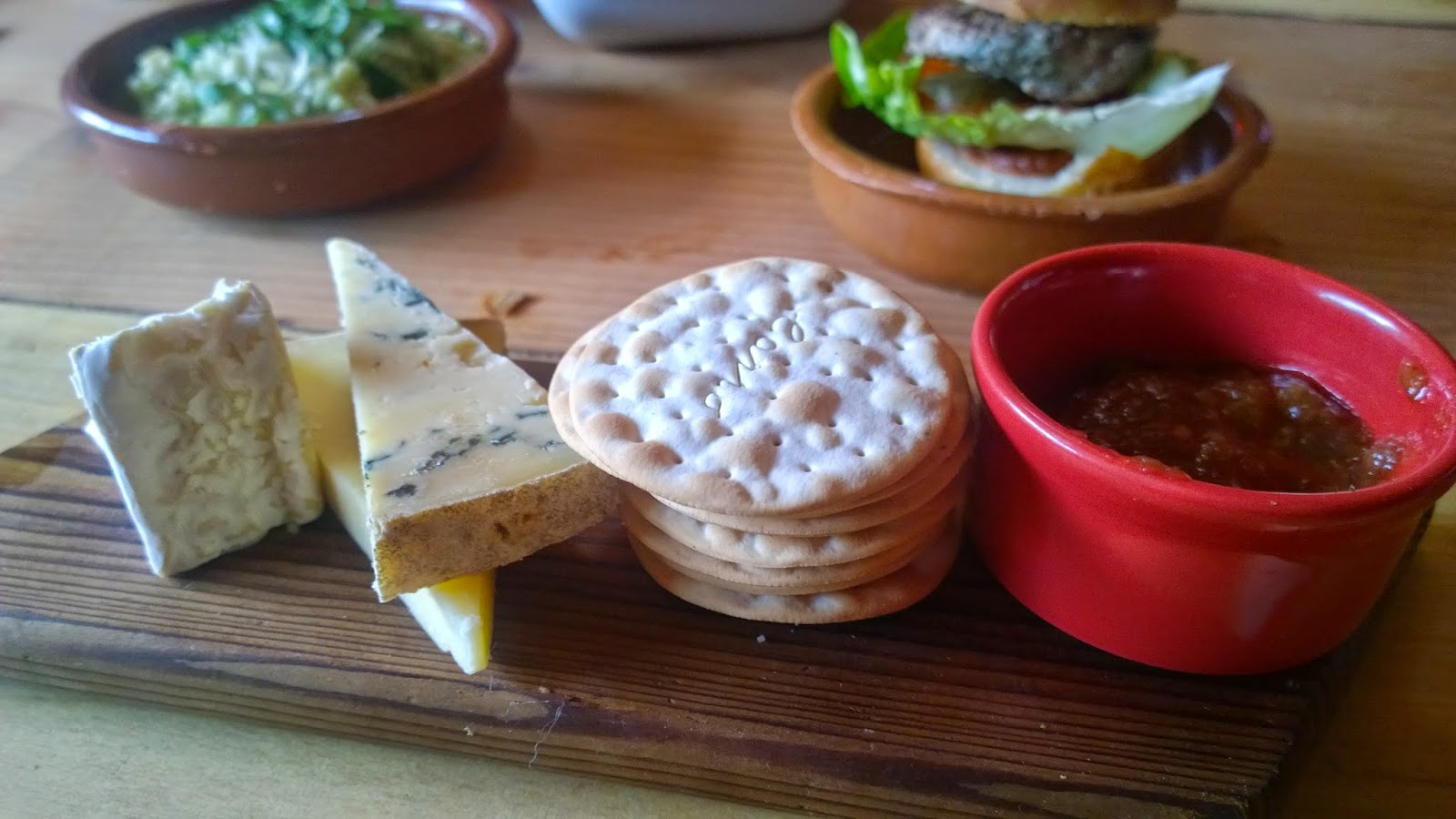 If I am honest I found the food a little bit hit and miss, the mess of the queues aside, there was a lot that was sold out and the seasoning for some of the dishes was lacking.  I was expecting a proper sticky barbecue rib but this was more like a slow cooked rib stew, although the meat did fall off the bone rather nicely.  I found the risotto astoundingly bland as was the deep fried macaroni cheese. The cheese plate was served with Carr's water biscuits which was a bit of a cop out, classic as they are I was expecting something more local, also the chutney was far too sweet an accompaniment for the cheese.

As for the good elements, the Butcombe and English truffle rarebit was marvellous, hugely indulgent and flavour packed. I also rather liked the battered sausage, a very light a crispy batter that came with a delicious grain mustard dip and the asparagus was perfectly grilled and fresh tasting.  So there were good elements but I felt that maybe it was lacking somewhat plus it was pretty chaotic in that tent, maybe I expected too much for a Saturday night. The atmosphere outside completely jarred for me with the inside however there is no doubting the popularity of the tipis and I expect they will be even more so next year. Did you get to sample any of the tapas? Or get to go to any of the Eat Drink Bristol Fashion events, although they were too rich for my pocket I know from the first year the food you get is pretty good.

To explore more of what Eat Drink Bristol is about check out the website and wait for next year to see what events they are planning and what chefs they have caught in their net.
Posted by Abby and Rich at 16:25