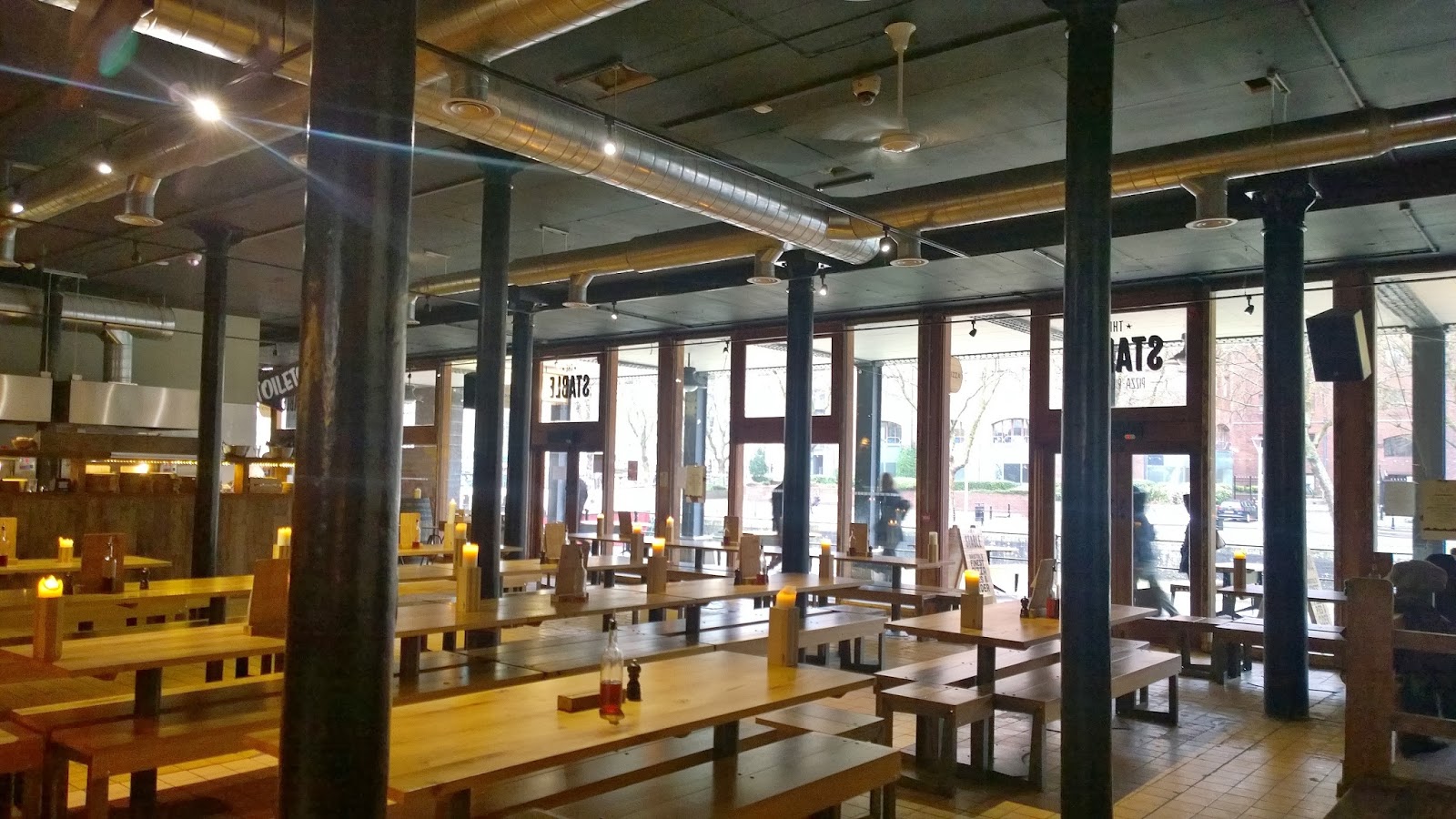 The main downside to The Stable is it took nearly half an hour for our pizzas to arrive, half an hour in a place this empty, the proof is in the photo I took above I am not sure what took so long maybe they went to Italy to make them for a true authentic taste. However once the pizzas arrived they did look very nice.
Once the pizzas arrived they looked pretty tasty, albeit half covered in a forest of leaves, the bases were nice and thin which is how I liked them and cut very nicely with the giant pizza wheel.  I was impressed by how much thick chorizo that topped my pizza it was really very nice and excellent quality, which is obviously to be expected from the Bath Pig Company.  I did find the base a little over floury but that is just me being picky probably. So pretty good pizzas all round but the best was yet to come. Mum and Auntie Sue decided they needed dessert so ordered the caramelised apple and ginger cheesecake with pecan praline and also a brownie with clotted cream.
My oh my if this wasn't one of the best cheesecakes I've had in years, it pushed all my buttons. The apple and ginger stopped it from being super sickly sweet and the cinnamon, well that will always hit my sweet spot.  I would have been heartbroken if this was just a special, luckily it seems to be on their permanent menu, if you are fan of cheesecake I heartily recommend this one. We were fed pretty well at The Stable it was a good pizza I am interested in trying some of their more crazy combinations, the roast lamb pizza has had very high praise indeed from lots of people on my Twitter feed. The pudding was the star for me however, and I am not a pudding person. To see what else The Stable have to offer, visit their website.
Posted by Abby and Rich at 11:40