The most recent restaurant opening at Cargo 2 is Sholay. An Indian kitchen from the owners of The Mint Rooms with a more casual approach to Indian cuisine. Named after the 1975 smash hit Hindi language film, Sholay is regularly named in the top 10 lists of best Indian cinema.  Sholay, the restaurant, has quotes and scenes from the film painted on it’s walls. The menu consists of snacks and medium sized plates, with the idea that you order a few and share.  Whilst there will be some dishes on the menu that are recognisable to those that are fairly familiar with Indian food there are a lot of different ones to explore. My companion for the evening was Annupa, to help me guide my way through the unfamiliar and cast a focused eye on what was offered up. 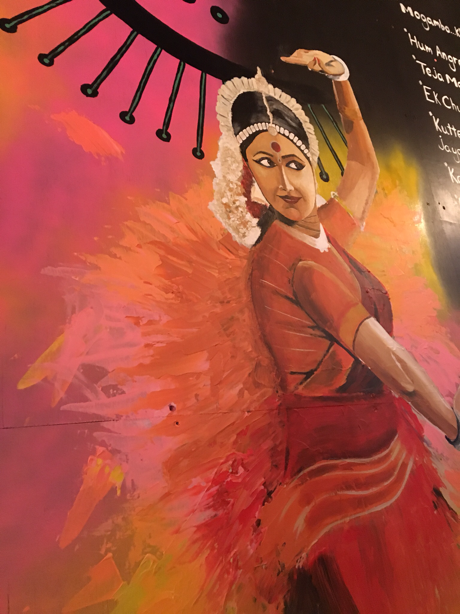 We decided upon the Sholay chaat. Chaat is a street food dish but also one that is served with many other dishes, it’s rather hard to describe but it’s sort of like a textured salad, normally made from samosas with lots of sauces. We also ordered some vegetable patties (sabzi ki tikki), baby aubergines in yoghurt and coriander(dhal baingan), grilled poussin with a pepper sauce(tawa poussin) and paneer and chutney sandwich. Most of the dishes hover around the £7-8 mark and there are plenty of vegetarian options too. As with most places that offer small plates the dishes appeared when they were ready, which when you’re sharing is not so bad because it means you don’t have to stare misty eyed and longingly after plates being placed in front of your dining companion whilst your setting remains empty. The chaat was first to arrive and as this was my first experience of this dish I wasn’t sure how to take it.  It was fresh, zingy and moreish. I was assured that this was not exactly how it was supposed to be with the samosa bits being more like thick poppadoms and the crispy topping being more thick. We did enjoy it however and it was probably one of the best dishes of the evening. The sabzi ki tikki, vegetable patties, whilst crisp were in my opinion pretty bland and we were disappointed to have ordered them.  The sauce that accompanied them had a nice depth of flavour with the dot of beetroot sauce giving a nice sweet earthiness, a much needed boost to the otherwise fairly plain patties. 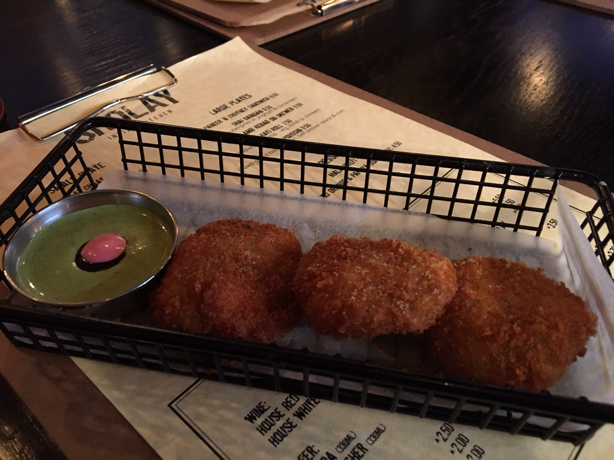 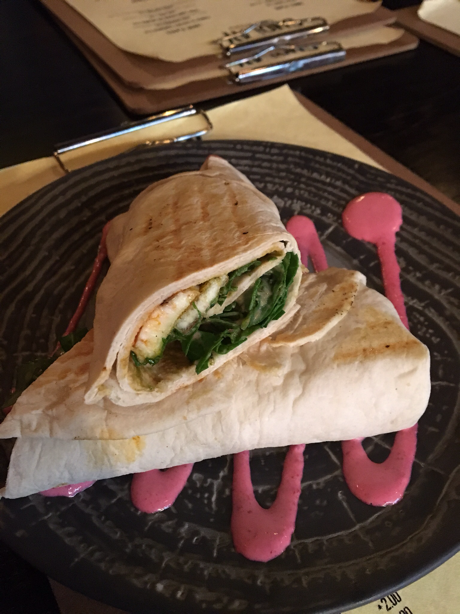 Our other favourite dish of the evening was the baby poussin. The bell pepper and onion sauce that accompanied it was tangy but with a good kick of chilli. The poussin itself was juicy and full of flavour, definitely one to order if you end up visiting. The only thing wrong with this dish was the rice was quite dry instead of being fluffy.  The other bigger dish, the baby aubergines with a yoghurt and coriander sauce was a bit of an odd one. Aubergines can be extremely flavourless, they aren’t one of my favourite vegetables but given some love they can be transformed. The sauce was grainy and tasted of very little. What those aubergines needed was a dollop of the poussin sauce to bring them alive. We left some of the dish because it just didn’t work for us. 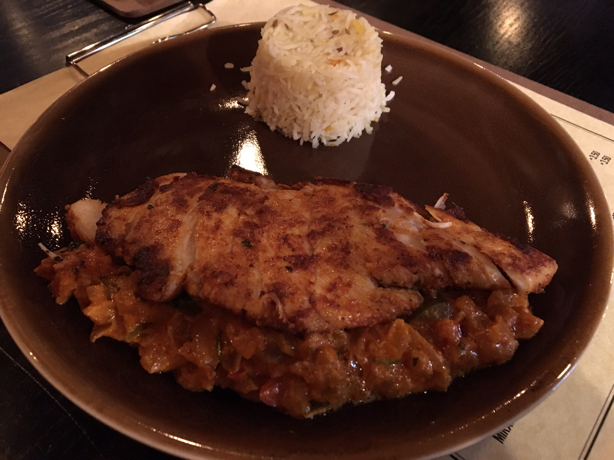 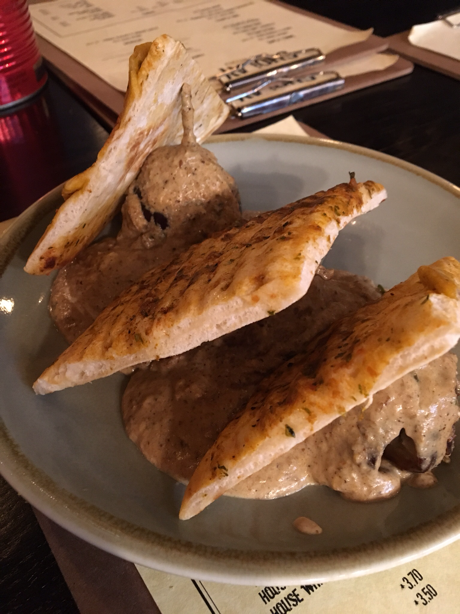 The only thing left to sample was the paneer and chutney sandwich. There was a great amount of flavour imparted onto the often bland paneer which was tasty. This would be a great lunch time item, just for dinner it didn’t quite sit right. Sholay for me was a mixed bag. I think some of the dishes need tweaking but there were some tasty moments. I will be keeping an eye on the changing menu and specials to see if there are any new dishes that peak my interest. To find out more about Sholay visit their website. This meal was complimentary but it did not impact my opinion of the meal,