Monday Lunch at The Christmas Steps

Last Monday, in between hospital appointments, Rich and I decided to grab a long lunch and meet up with Bud.  I thought that the newly opened Christmas Steps pub, formerly The Three Sugar Loaves, might be a great place to try out as it was pretty close by.  We walked in just after 1pm and it was deserted I wondered if I had made a mistake thinking it was open on a Monday, but after walking up to the second bar I spotted a lone barmaid.

They really have done a number on this pub, much lighter, smarter interior with more exposed brick work makes it the place a lot more welcoming.  As all the tables were empty we chose one near the bar and peeped at the menu, which gives the impression that it changes daily which is somewhat uncommon but pleasing for a pub. 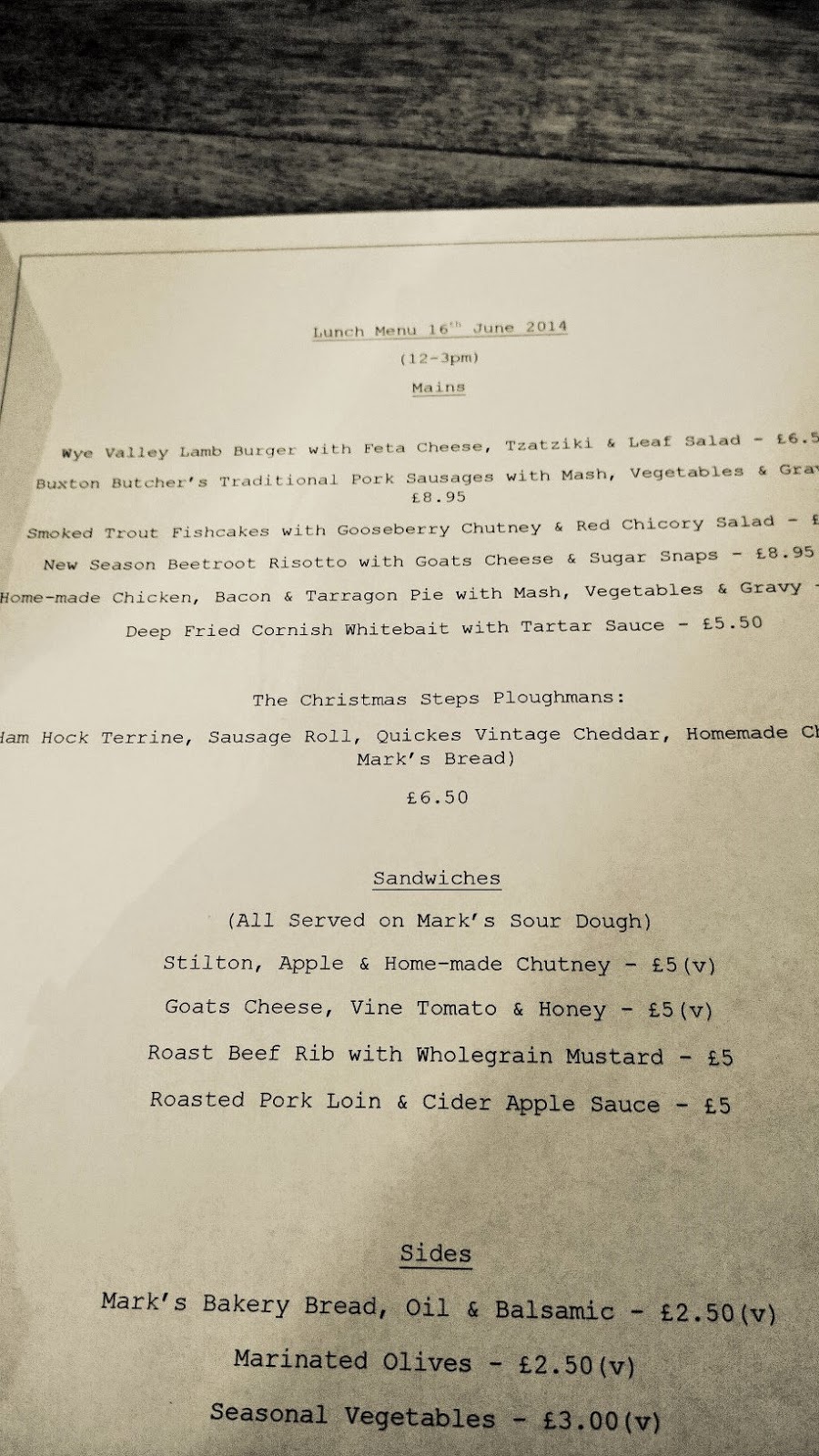 Rich and I decided to go for one of their enticing sounding sandwiches, who can resist Mark's Bread? I chose the roasted pork loin whilst Rich picked the roast beef rib and Bud, the lamb burger.  We also ordered a portion of chips each because no one really wants to share chips do they? Like I said previously there was no one else in the pub, yet we waited over half an hour for our food to arrive which was very strange. Once it arrived however we were ravenous so dived on it immediately. I have to say I was pretty impressed. 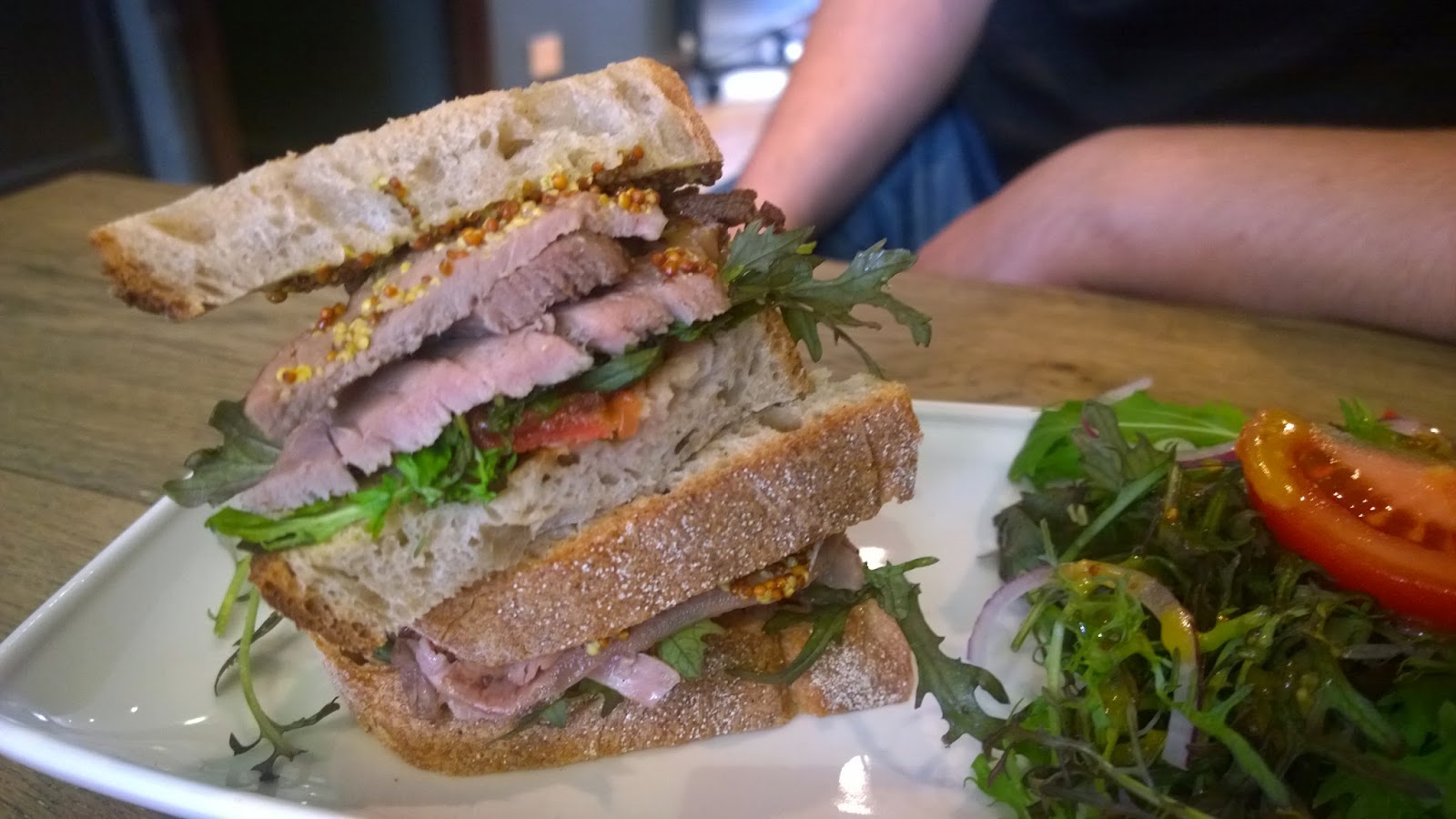 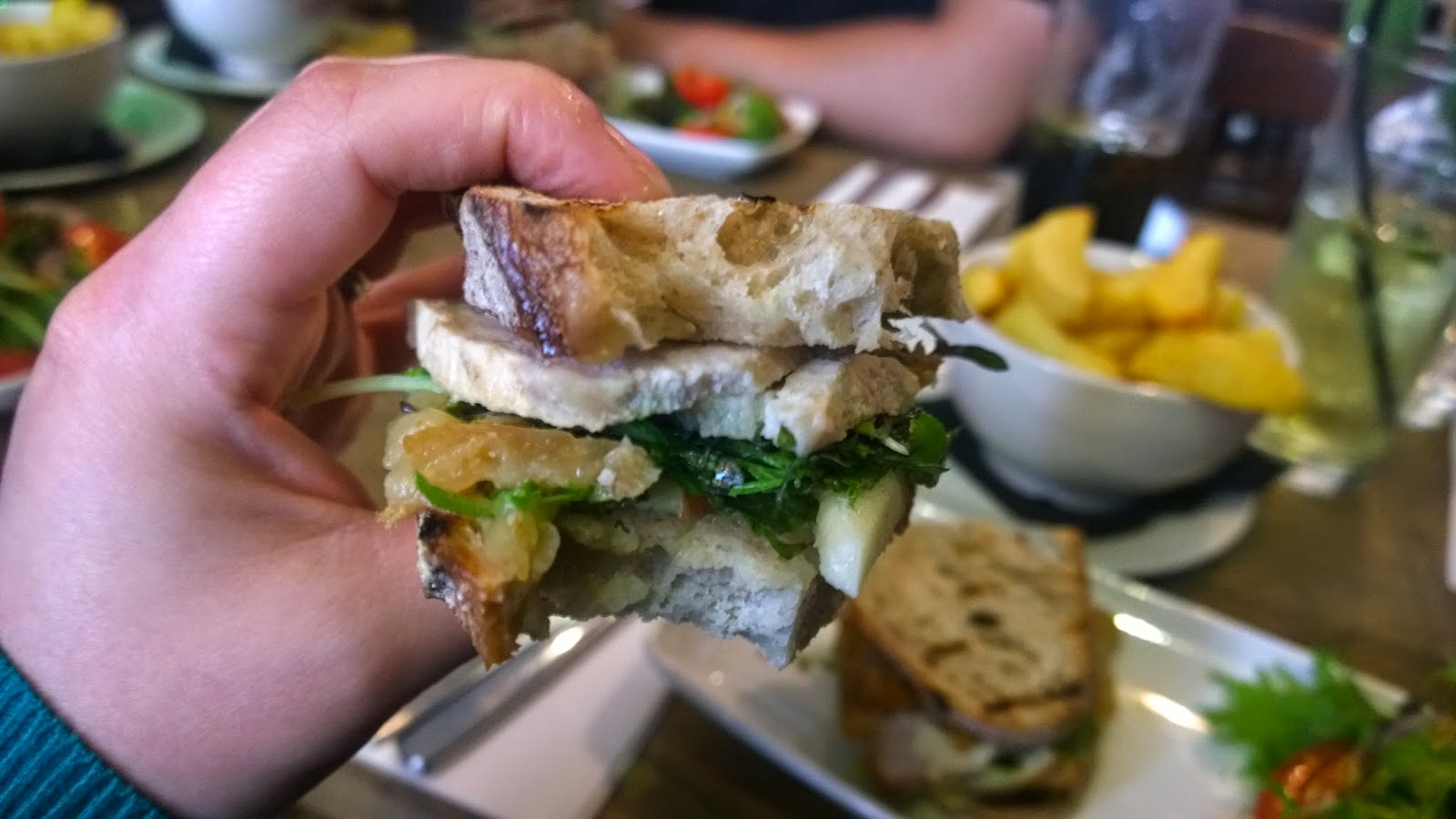 My sandwich was pretty delicious the pork had a nice flavour and it was good to have some crackling in there to add an extra porky hit. My only gripe was that I don't think it needed apple sauce and raw slices of apple as it made it a little too overpowering but over all it was a tasty sandwich, excellent quality for £5. The side salad was however a bit slimy and needs work to make it a bit fresher.  Chips were chunky and triple cooked, as is the in vogue way, I couldn't quite finish all mine, luckily there were willing recipients of the leftovers.  Rich was rather pleased with the beef as it was fairly pink still and there was plenty over it, plus can you really go wrong with the marriage of beef and mustard?

In conclusion The Christmas Steps does some pretty tasty food for the money, just needed a little attention to detail with the atmosphere, we heard the same Radiohead playlist three times for example, and service, but it was a Monday lunch time so this could have been a time we caught them off guard. I would recommend the food though because for the price you would get a good quality and tasty lunch.  If you fancy trying somewhere different check out what The Christmas Steps has to offer on their website.
Posted by Abby and Rich at 15:23