The end of our first full week in the new flat and with most of the boxes disposed of I felt safe to leave the confines of unpacking and head out to be sociable. Wuthering Bites had invited me to try Pata Negra with her and as no one can resist tapas, I gladly accepted. Pata Negra, the fancy Spanish cousin to The Ox and The Milk Thistle, has quite a big space to fill.  Lunch runs from 12-3pm where you can purchase 3 tapas for £10, if you arrive after 3pm pintxos are available at the offer of 3 and a glass of sherry for £7, until they run out.
I was ushered to a high table for two with a stool and a window seat. I chose the window seat which for a short person was a bit of a mistake as there was nothing to rest your feet on so I almost slipped off my unstable perch several times.  I digress. I ordered a very quaffable glass of Spanish red whilst Sarah went for the strong gin and tonic made with their own Pata Negra gin and garnished with rosemary. Food wise we decided to order the signature 36 month hand carved pata negra ham, obviously. We also picked tortilla, chestnut mushrooms with red wine garlic & rosemary, chorizo cooked in cider with a poached egg and breadcrumbs and the slow cooked pork shoulder. 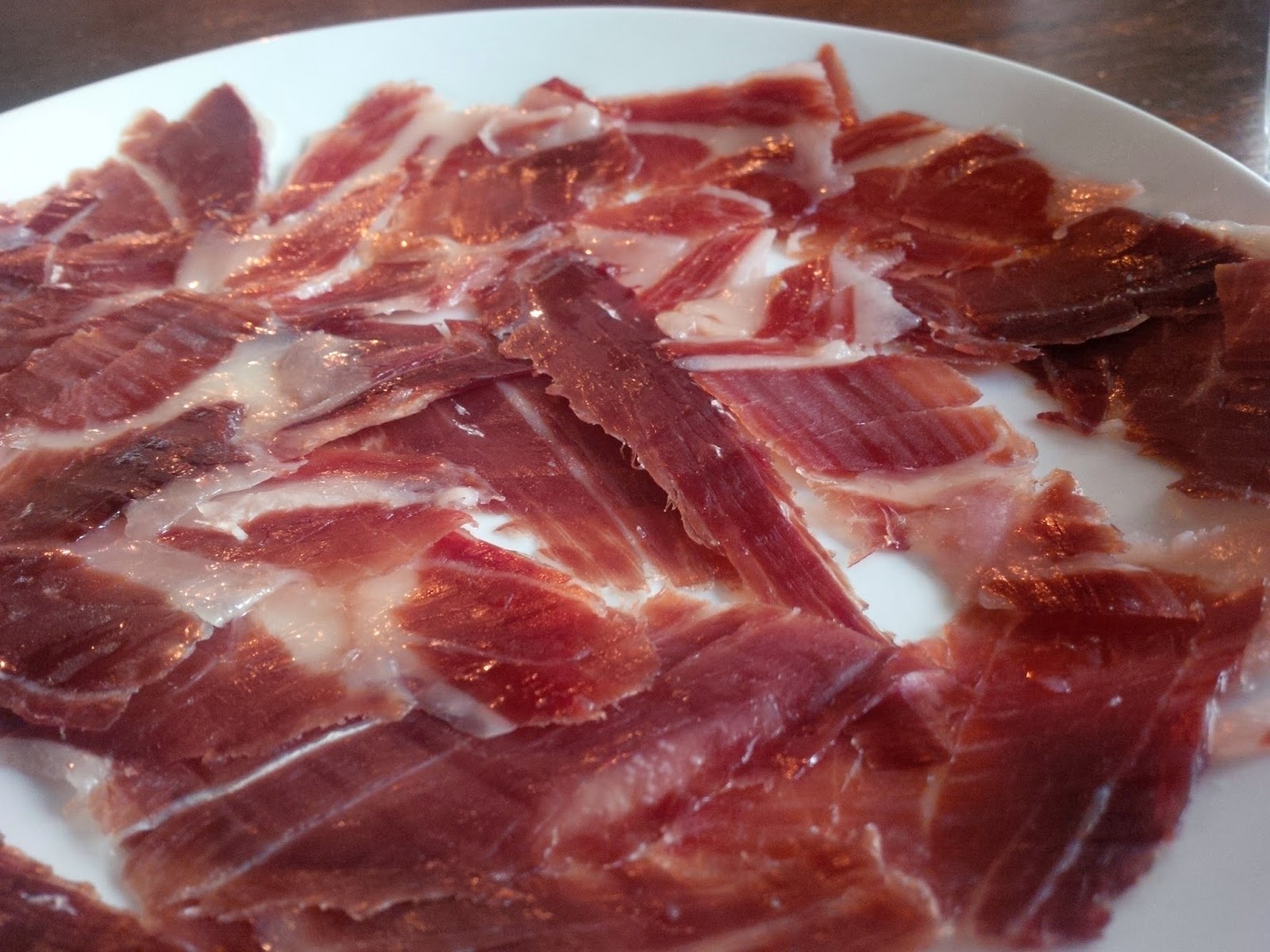 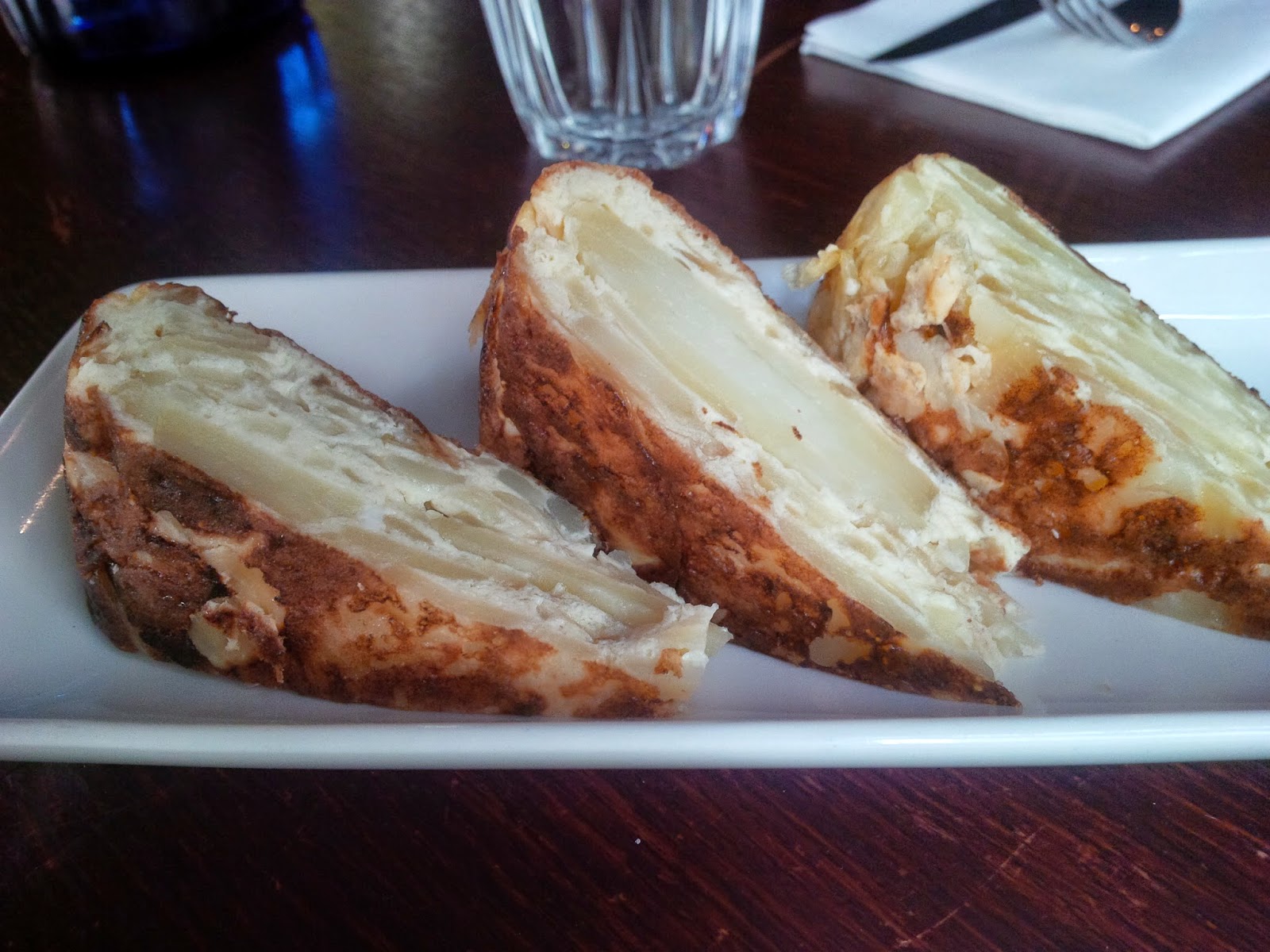 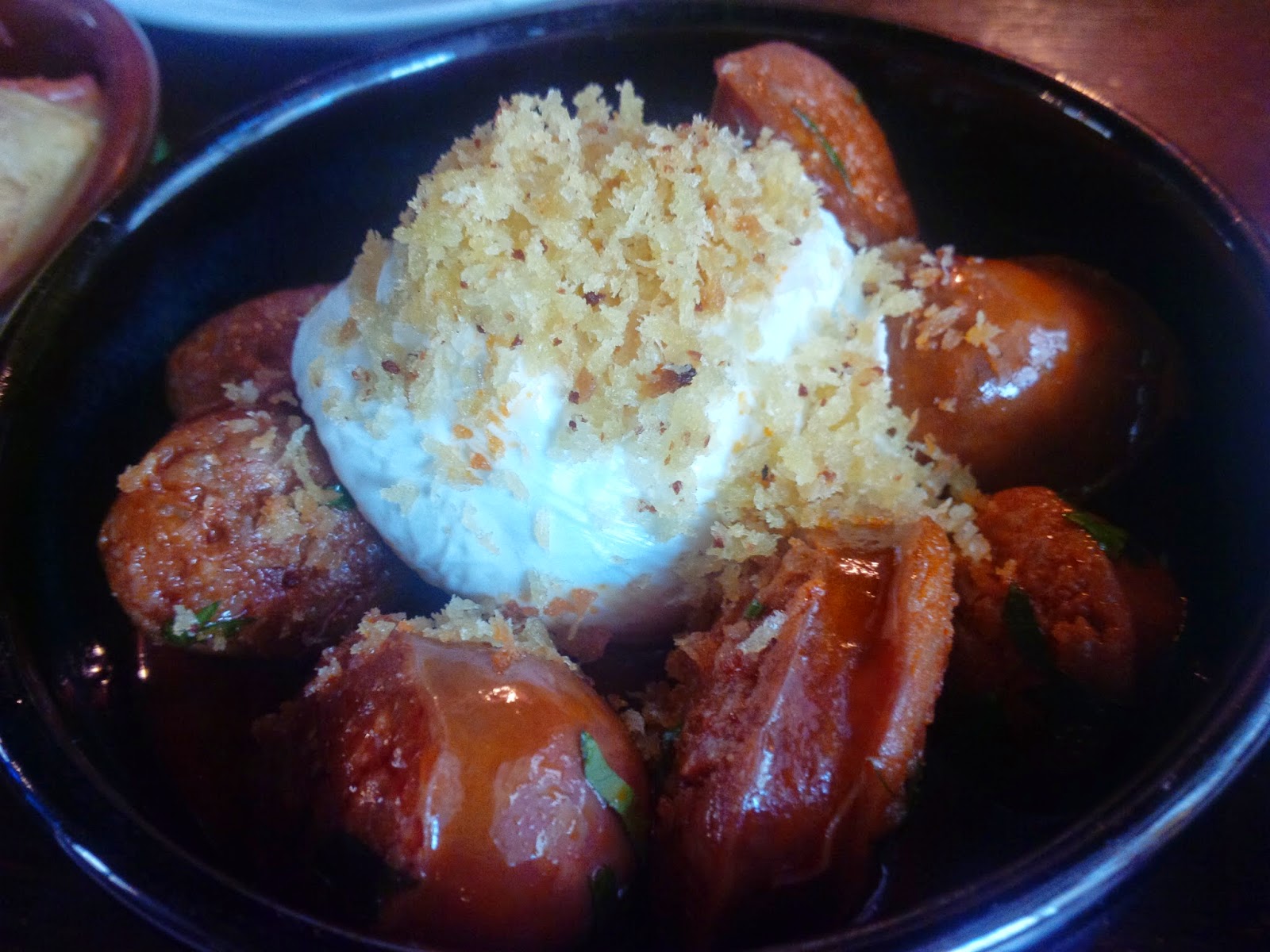 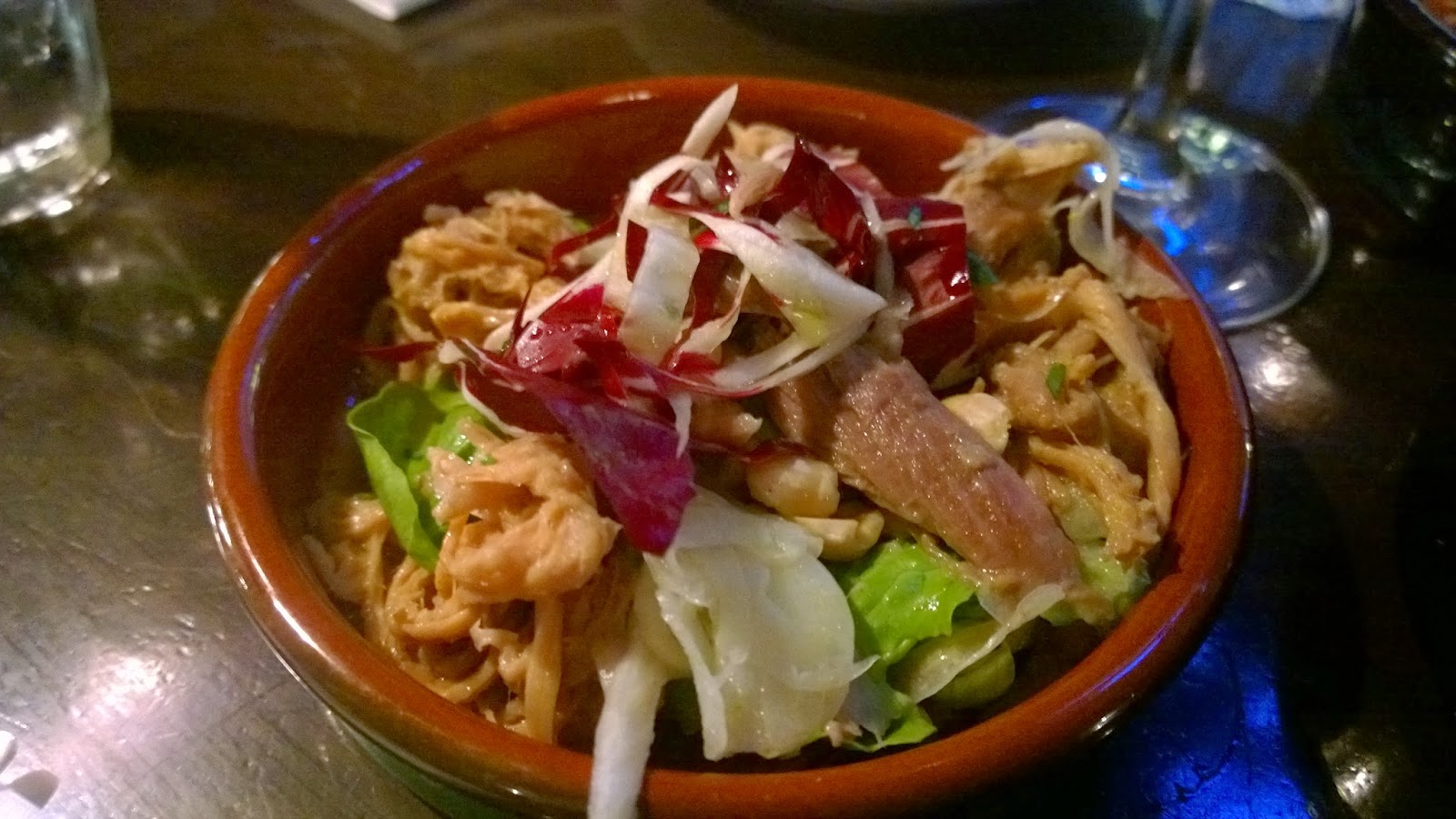 Verdict? Good. Not quite my favourite tapas in Bristol, let's call it my second favourite because it does have a very tasty selection. If you visit Pata Negra for one reason, let that reason be the ham, it is the jewel in their crown. Number one for ham in Bristol I would stick my neck out and say it. Melts in the mouth and is full of a luxurious rich flavour, yes like angels dancing on your tongue.  I also really rated the chorizo cooked in cider with poached egg and breadcrumbs, really tasty, should have ordered some bread to mop up the juices with.

I would say that the tortilla was too solid. Sounds like a strange thing to say however when Javi, our Spanish friend, came round the other week he bought a home made tortilla and stated it always has to be soft towards the centre. This is something that can be easily rectified however. Also I would love to see croquettes on their menu in the future ham or salt cod they are still one of my favourite tapas dishes.

So if you fancy an afterwork treat check out Pata Negra, although the space is bigger than most traditional tapas places, you can get some great dishes here, they particularly excel at meat so be sure to sample as much possible. To see what Pata Negra has to offer check out their rather fancy website.
Posted by Abby and Rich at 11:18